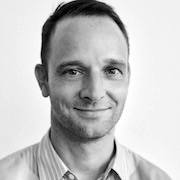 After attending the School of Art & Design, David began his career in the press office at Theater Basel, before switching to the Public Relations Unit of the renowned creative agency Jung von Matt/Limmat in 2000. In 2007, he set up the creative agency Rod Kommunikation, which he now manages together with two partners. Today, the agency has around 30 employees and works for such brands as Credit Suisse, the Federal Office of Public Health or Swisscom.

David regularly lectures on topics such as integrated communications and campaigning at various training and further education institutions and is engaged in the board of a democratic movement. He is also a board member of the leading swiss agencies association in Switzerland, member of the Art Directors Club Switzerland (ADC) and has been nominated for the Swiss industry prize 'Advertiser of the Year' on two occasions. David was a pre-juror the Cannes Festival of Creativity in 2018.