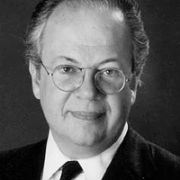 Professor
Cato Dangoor & Associates
United States
Board of Governors
About

David E. R. Dangoor is President of Innoventive Partners LLC, New York and a managing partner of Cato Dangoor & Associates in London, England. These companies primarily specialize in providing advice in the fields of Marketing and Corporate Communications. He is a member of the Board of Directors of BioGaia AB, a public Swedish bio-tech company, where he was one of the original founding investors. He is also on the board of Provide-Commerce Inc. in San Diego, a public company that operates an e-commerce marketplace for premium perishable goods and gifts.

David retired from Philip Morris International, Lausanne, Switzerland in 2002 where he over 27 years held senior executive positions in several countries including Head of Marketing PM Germany residing in Munich and Managing Director Seven Up Northern Europe in London, England. He was appointed President Philip Morris (Benson & Hedges) Canada in 1984 (Montreal), and Senior VP Marketing Philip Morris USA in 1987 (New York). In 1992 he was appointed Executive VP Philip Morris International based in New York and retired from the company in conjunction with the move of all operations to Lausanne.

David originally joined the Philip Morris Europe Region in Lausanne in 1976. During his career with Philip Morris he became a leading marketing executive of the company working primarily in the main tobacco business, but also over time with other product categories including soft drinks, food, confectionary, coffee, ice cream and beer. He led the very successful re-establishment of the Seven Up brand in Northern Europe, UK and Ireland, and was the head of marketing in Germany and the U.S., the two most important and successful markets for Philip Morris. As Executive Vice President Philip Morris International his role included being Head of Marketing, as well as overseeing the Finance, Strategic Planning, Operations Planning, Corporate Communications and HR functions. In this capacity he was the global marketing head of the Marlboro brand and all other International Brands.

In his international roles David acquired knowledge of the world market with in depth knowledge of many key consumer markets in Europe, North and Latin/South America and in Asia.

David was involved with many of the innovative marketing tools and strategies developed by Philip Morris, as well as the successful development of the Marlboro brand. He was also involved with addressing the societal issues facing the company.

David was a member of the board of directors of Rothman