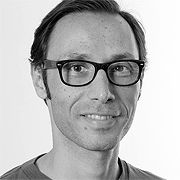 Christian is the Executive Creative Director at HorizonFCB.

Prior to this Christian has been the Executive Creative Director at Drive Dentsu since 2011. His creative assignments included brands such as Toyota Motor Corporation, Bridgestone, and Sharp. One of the highlights of his work at Drive Dentsu was regionally launching Toyota's long awaited coupe, the Toyota 86, with a mobile and social network based gaming platform, supported by a dedicated website. Since the launch in June 2012, Toyota 86 AR – an Augmented Reality game, managed over 160,000 downloads on App Store, and over 100,000 on Google Play.

Before joining Dentsu Drive, Christian held positions as Executive Creative Director at JWT Dubai and Creative Director at Leo Burnett Dubai. Prior to that, he held creative positions at Leo Burnett Cairo and Beirut. In addition to winning several Bronzes, Christian also won a Silver in Film Craft and an Integrated Bronze at the Dubai Lynx, respectively for the World Gold Council and Emirates Airline. He graduated with a Diplôme d'Études Supérieures in Advertising from the Académie Libanaise des Beaux-Arts in Lebanon.

"I came to a point in my career where I wasn't sure I had a clear purpose, or if I was inspiring the best creative work from the people I work with. I decided to apply to the Berlin School because it was the right time to set a new course to my professional life. I am a believer that only better creative means better business for the agency and its clients, and as a leader I want to turn this belief into everyday practice."