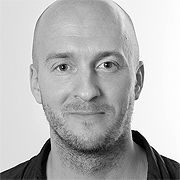 Christian is Creative Lead at the ZOO – Google’s creative think tank for brands and agencies - a team of highly experienced strategists, creatives and technologists, whose passion is to help define the future of marketing in a digital world.

Prior to Google, Christian was the Executive Creative Director of Razorfish, Australia in Sydney – Australia‘s leading full-service digital agency and Creative Director at R/GA, New York, inventors of Nike+ – one of the world’s leading advertising agencies specialized in Digital, Mobile, Technology and Design. Christian has worked before at Crispin and Porter+Bogusky, where he and his partner were the lead interactive team on brands like Volkswagen, Best Buy and Activision. He was also part of the team working on Best Buy‘s ‘Twelpforce’ that won the Titanium Grand Prix at the Cannes Lions Festival in 2010. Next to inventing platforms and campaigns for brands like Google, MasterCard, Nike and the Television Network A&E, he won an MTV OMusic Award for a Social Media side-project called "Track Me" for the HipHop duo "Riot in Paris" from Brooklyn.

Before his agency life, Christian worked as a Marketing Manager for music artists at entertainment companies like Sony Music and Warner Music. Under Christian’s creative supervision the band ‘Brooklyn Bounce’ became Sony Music/Germany’s most successful domestic artist in 2001, for which he received a Golden Record. One year later Christian became Head of Marketing of Warner Music/Germany's Dance/HipHop and R'nB Department. But with the music industry’s downturn, he decided to switch to another industry supported by a Miami Ad School scholarship. In 2005 Christian started his second career with Jung von Matt, one of the most creative Hot-shops in Germany, and started working on brands like Mercedes Benz. Since then, he added more than 150 awards to his portfolio from nearly every industry award show.

Christian is also the Co-Founder of „Pay with a Tweet“ – the first Social Media Payment System that won nearly every industry award in 2011 including the Cyber Grand Prix at the Advertising Festival in Cannes. And with having won more than 200 awards of nearly every industry award show, Christian was named „One of AdWeek’s World-Wide Top 10 Creative Minds in Digital“ in 2011.

In addition, he is a long-time teacher at the Miami Ad School/NY and Europe, where he teaches courses and hosts Digital & Social Media Reboot Camps, working closely with companies from the industry, teaching how to question the existing traditional business models and help re-invent today's diverse range of industries.

Furthermor, he is the co-author of the book Oh My God, What Happened and What Should I Do? A guide for marketing in the digital age that sold more than >150.000 copies (on Amazon and via 'Pay with a Tweet').

"With my goal to become a key shaper and leader of the creative industry, I plan to use the EMBA to invent the creative business structure for the opportunities and challenges of the future."