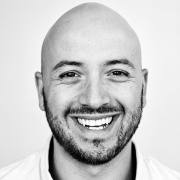 Carlos Andrés Rodrigues is a Creative Director with a passion for brands, music and food. Carlos is currently Chief Creative Officer at MullenLowe SSP3, part of the Mullen Lowe Group, where he has worked throughout his whole career, both in the Bogotá Office as well as the London office.

MullenLowe SSP3 has firmly established itself as the most creative agency of the MLG network in Latin America, and second overall globally, winning Agency of the Year at Festival El Dorado in 2017, 5th best Agency in Latin America at CREMA Ranking in 2018, and the most awarded Colombian agency historically.

Carlos holds a degree in Social Communications from Universidad Javeriana.

In joining the Executive MBA, Carlos looks forward to sitting in the same creative classroom known over the years to role models such as David Droga, Luiz Sanches, Marcello Serpa and Chacho Puebla. Having built a strong career around the power of “guts and passion”, Carlos hopes the EMBA will help him to strengthen some of the “more technical, rational and methodological” aspects of creative business.