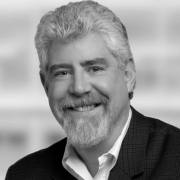 Bob Garfield is a public broadcaster, journalist, author, international lecturer, consultant and university professor specializing in media. The co-host of National Public Radio's weekly Peabody Award-winning magazine program "On the Media," since 2001, he previously was a roving correspondent for NPR's "All Things Considered" for a dozen years.

Garfield has also been a columinist for USA Today, Adweek, Advertising Age, Civilization, The Guardian, Mediapost and Folio. Garfield has been a visiting lecturer at the Annenberg School for Communication and a senior fellow at the Wharton Future of Advertising Program, SEI Center for Advanced Studies in Management -- both at the University of Pennsylvania.

For many years, Garfield was an on-air analyst for ABC News. He's been a regular on Financial News Network, CNBC's "Power Lunch" and "Adam Smith's Money Game" on PBS. He also has been quoted by every major American newspaper, news magazine and broadcast news program on the subjects of media, marketing, politics and culture. He's been a contributing editor for the Washington Post Magazine and also written for The New York Times, Atlantic, Playboy, Sports Illustrated, Wired and many other publications.