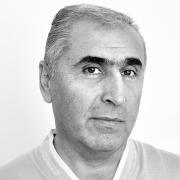 Arthur is a self-made media business owner and executive who built his business from nothing and grew it up to the market leader in country.

He is President and CEO of SHANT TV since the day of its foundation in 1994. Under his leadership the small regional TV channel with a staff of 11 persons grew to country’s leading TV Network with a staff around 500 people. The company fundamentally changed the modern look of the Armenian TV bringing all modern trends and developments of the world TV industry to the country. The projects designed by Arthur radically changed several spheres in culture such as: folk songs and music, folk and modern dances, film and TV series production, thanks to which was awarded by the President of the country with a medal (Movses Khorenatsi) for outstanding achievements in the field of the Television and Culture.