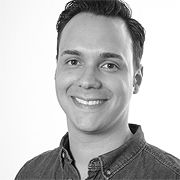 André Pulcino is Partner and CEO at Marla Colour Grading, a post-production company based in Sao Paulo, Brazil, which works for major clients such as Coca-Cola and Nike.

André has more than 20 years of experience in the creative industry, particularly in Advertising and Media Production. In 2012, he co-founded and acted as CEO in CLAN vfx, a leading visual effects company. As CEO, he managed the budget and was responsible for implementing all commercial practices, team building efforts, and market planning. The company achieved a substantial market share and produced more than 200 projects in its first year of operation.

From 2003-2012, André was the Executive Director and co-owner of Tribbo Post, where he was in charge of the executive production of the majority of films the company worked on for more than 8 years, as well as managed a team of fifty collaborators. His previous experience includes various leadership roles for Casablanca Finish, including visual effects operations manager and editing facilities operations manager. He received his Bachelor's degree in Communications with an emphasis in Journalism from the Universidade Anhembi Morumbi in Brazil.

Despite his success as a leader in several companies throughout his career, André came to the Berlin School of Creative Leadership to expand his horizon. "I felt that it was time to bring in changes and take a different position in a market that I feel, dangerously, too familiar with. I deeply believed that attending the Berlin School of Creative Leadership allowed me to see things from a fresher, more open-minded and solution-driven point of view, by nourishing ideas and giving me the confidence to make changes and innovations that I feel this market needs."