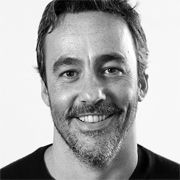 André is Partner and CCO at the new launched office of Crispin Porter + Bogusky in Brazil. Alongside his longtime Almap BBDO fellow Marcos Medeiros and another Partner, he is heading operations and new businesses.

As a recently appointed Creative Director, André is coming to the Berlin School to prepare like other leaders in his agency for the rapidly changing advertising scene in Brazil. “I believe that you can be a leader without losing creativity,” he said. “I believe that leading a team is totally different from oppressing a team. That is what makes Marcello Serpa and Luiz Sanches (Berlin School graduate) examples for me. I need to learn a lot to be like them.”