Why Business Strategy Fails And How To Fix It 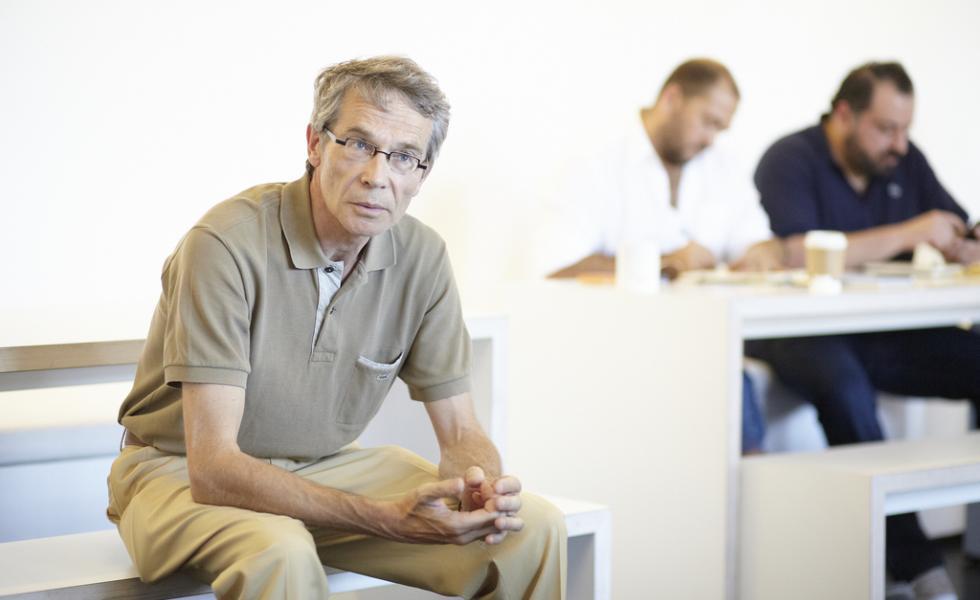 Berlin School Professor, Paul Verdin explores the foundations and evolution of strategy and international management on our EMBA program. After his latest session at the school, we caught up with him about teaching a balance  between the traditional foundations of strategy with more contemporary concepts of ‘strategy as learning’. We also spoke about his recent series of research with Amy C. Edmondson (Novartis Professor of Leadership and Management, Harvard Business School) on treating strategy as a hypothesis to be adjusted and adapted, and the implications of this on big business and internal structure.

Can you give us a run-through of the subjects you cover during the EMBA modules?

I cover the basic module on strategy and international management. I usually start from a very broad perspective, looking at the different aspects of strategy and what it means to different people in different contexts. I like to run my sessions more like a workshop or an interactive conversation, where the participants can contribute their own significant experiences and backgrounds. It’s important for me to start by getting a sense of their own experiences and then gradually build on that as we cover some of the basic concepts of strategy.

I first share with them my own approach to strategy – an intuitive framework which stems from both practice and academia. I introduce them to methods of value-capture and value-creation, all the time inviting them to reflect on how it affects their own business-contexts and the challenges they’re facing. There’s such a large variety of backgrounds amongst the participants, which, of course, creates an even richer discussion. It becomes a vehicle for them to question each other and contribute to each other’s strategic issues.

But I also try to expose them to the more traditional strategic frameworks. Increasingly, I believe that strategy has hit a difficult turning point as a field. From an academic point of view, it’s important to analyze the contributions and, of course, the shortcomings of more traditional concepts. It’s interesting to look at these and uncover the link between these established ‘textbook’ approaches and my own intuitive approach. It has occurred to me at the start of this year, call it an academic new year’s resolution, that we need to be more aggressive in our approach to strategy, and perhaps even start from the observation that “strategy, as we have known it, is dead”!. We all know that the ‘old’ strategy concepts don’t apply any more, but we’re often not bold enough to ask ourselves what a contemporary strategy should look like.

In your work with Amy Edmondson, you state that strategy should be a hypothesis that you constantly adjust. Can you elaborate on your findings about the importance of strategy as learning?

I’ll start by saying that this approach in itself is perhaps a hypothesis. I believe that strategy should be aimed at long-term value creation. In the current world that is increasingly uncertain, complex and ambiguous, there is a need for of lot of trial and error, as well as experimentation and close observation of customer, business, and market-behaviours. This means we have to be open; we have to be able to tolerate a significant amount of uncertainty and risk in the process. Typically, strategy is something that comes from the top-down, but it is becoming increasingly important for it to be tested, adapted, and experimented on in the field. For that to happen we need to practice a whole new notion of strategy. My observation is that people in the boardrooms and C-suites are still more often locked into the mindset of a ‘command and control’ strategy approach. Even those companies who have seen the light and have begun to embrace the ‘Spotify approach’ to strategy as learning, they are, all too often, still managing the process in a ‘command and control’ fashion. And of course, that’s inherently contradictory. It’s the only model they know. This change in strategy approach may make the CEO and board-members uncomfortable as their roles seem unclear and need to be re-defined. Indeed, their role in this process should be to create the kind of environment where experimentation and creation is supported, encouraged, and rewarded. But not rewarded simply for a lack of failure. As the CEO of Novartis noted recently: “Risk-taking is an important element of creating breakthrough innovation. I tell our associates that it is okay to fail.  In fact, our best people fail the most.”­ ­­­­–Intelligent failure, as Amy calls it, can ultimately lead to success.​

Strategy as learning means we must also move away from an over-emphasis on objective targets that are cast in concrete and set out for the next year or budget. We should be setting a sense of direction, providing the resources, and making sure we’ve created the right environment, culture, and leadership that generate the kind of experimentation necessary for value-creation. All of this is the result of the observation that we’re in a much more fluid and less predictable environment. A lot of the value will be found in the detail, and this detail cannot be mandated from the top.​

How can these strategy adaptions effect the day-to-day culture and structure of a business?

We all know famous quote from Peter Drucker, “culture eats strategy for breakfast”. I would take it a step further and say, well, culture is strategy. Increasingly, I think the job of leadership is to make sure that we have the right culture in place as oppose to saying “we know what the answers are”. Their role should be more to identify the relevant questions to answer and establish a framework and direction in which to operate. They provide the resources and support for their teams to make that happen. It’s a very different mindset, and it means we have to be comfortable from the top down, to live in uncertainty and to admit that ‘we don’t know’.​

Much of my work more recently has been inspired by my interest in the management of errors; deviations from what we might want or expect. We know that we should learn from errors, but also, we should assume that errors will happen every day. We should put more emphasis on how we manage errors as they occur and not focus on the illusion that they are something we can avoid. We must take them as a fact of life. What if good management can be defined by ‘good management of errors’ and not simply how well we avoid the errors in the first place? This is another big shift away from the orderly, A-B strategy mindset found in most business books and courses.​

You have written about the potential ‘blindsiding’ effects of viewing strategy and execution as separable activities. Can you elaborate on that?

It’s a well-known motif that most strategies fail because of a lack of implementation and poor execution. Traditional business books and articles spend a lot of time describing the course of action and only dedicate a final chapter or section on execution. My alternative hypothesis is that the implementation problem is actually one of our own making. We are setting ourselves up for failure if we start from the mindset that strategy is something first designed and then executed. Conceptually, this is quite simple, but of course the implications are enormous. It goes right back to looking at strategy as a process of experimentation with a certain direction and framework, in which case we don’t need to make such a distinction between planning and execution. In other words, strategy is not simply something we say, plan or design – strategy is in the ‘doing’. The process that we use to develop it, must involve the people who will actually execute it. To an extent, we could consider that those who implement the plans should make the plans. If we do that, we have already eliminated a great deal of the implementation problem. If strategy is being influenced by the people doing it, it bridges the gap. As I said, it’s not a difficult point to make conceptually, but when you look at what’s happening in most large organizations, that’s not how it’s happening. Most are still following a process that artificially separates strategy and execution.

Are there any examples you can tell us of effective strategy as learning in action?

We often refer to these companies as agile organizations or as working ‘the Spotify way’ with self-managing teams. There are some elements of that that are very close to what we’re advocating in our research; trusting the people in the field to contribute to the answers to big strategic questions. It’s something we see more often in smaller, horizontal organizations. But one example of a large organization doing this at a high level probably is Amazon. It requires a high level of trust, empowerment, and delegation, getting away from the traditional hierarchical model of doing things.

How are the Berlin School EMBA participants distinctive from other students you engage with and in having a creative mindset, what advantages do they share when approaching strategy as opposed to leaders with a more traditional business mentality?

I can give you a very clear and simple answer. For some reason, what I experience at the Berlin School time and time again is a group of people with a diverse background who all share an enormous desire for learning and sharing. They have a high degree of experience and they’re typically not very conceptual from an academic point of view. This is not meant as a critique – in fact, quite the opposite. Personally, I find it extremely rewarding to enter into a dialogue on the back of these academic concepts, while not being allowed to get away with purely abstract or academic statements – these highly experienced participants will never let you! It is an excellent exchange between conceptual ideas and what they can take home and put to work. Typically, they are very hungry for insights, frameworks, and perspectives that shed new light on what they are doing. There is some kind of magic that happens at the Berlin School, which stems from the rich experience and creative mindsets of the participants in combination with the academic input. It makes for rich and relevant discussions. Personally, I could not be doing this for ten years if it weren’t for the fact that every time I come around and leave with the feeling that I have learned something and I can only hope that participants have learned as much as I have. It can be very entertaining and sometimes I wonder who is entertaining whom!​

Paul Verdin is the Chair in Strategy and Organisation and Director of the Baillet Latour Chair in Error Management at Solvay Brussels School of Economics and Management (ULB, Belgium), and core strategy faculty at Berlin School of Creative Leadership.​

Paul Kemp Robertson and the Future of Advertising
Esko Kilpi and the Changing World of Value Creation
Sera Miller: Distilling the Paradoxes of Creative Leadership
All articles »