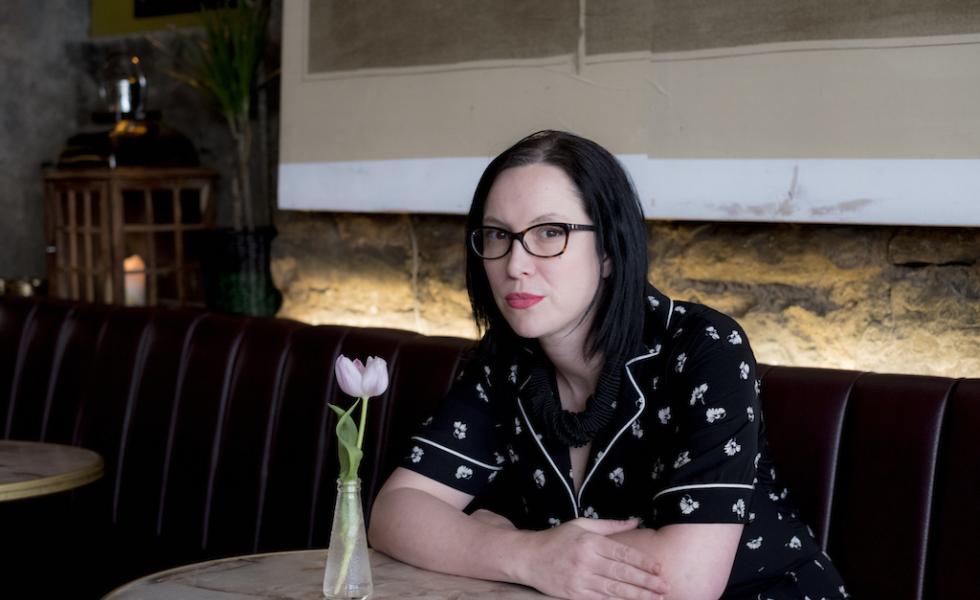 As learners, we don’t change all that much throughout our lives. Give a grown adult a pile of graphs and theoretical papers to study, and they will probably react similarly to a primary school student. However, tell them a good story, and both will be equally enthralled. Sera Miller, CEO of Material Communications Group and Berlin School Alumna, discovered the value of great story-telling when preparing her final thesis defence in 2015. Based on stories from Hindu mythology, she developed a narrative through which she could visualise and implement the vast amount of information from her thesis. Following the success of this technique, Sera now develops workshops and sessions which help other leaders and teams to find their own visual framework. Sera Miller recently returned to our MBA classroom, this time as teacher, and we spoke to her about Hindu gods, her own learning experiences, and the importance of authenticity in creative leadership.

Can you tell us about your framework for understanding innovation, creativity, and leadership?

The workshops I teach are all about developing a visual or mental framework with which to approach, dissect, and apply innovation, within the practical context of creative leadership. It’s a way to distil the massive amounts of figures, theories, and information that we learn about in books and classrooms, into something that that be used day-to-day to strengthen our own authentic leadership style.

My own personal framework that I’ve developed is based around the stories of three Hindu gods – Brahma, Vishnu, and Shiva; The Creator, The Preserver, and The Destroyer. In Hindu culture, these three gods together make up the holy trinity of the Hindu Trimurti.

When I learned about these three figures, they struck me as parallel to three major aspects of innovation within the role of creative leader. Brahma represents the pure creative process which must be given space to thrive. Vishnu is steadfast in preserving objectives which is necessary for creativity to have aims, strategy, and structure. Vishnu, the destroyer, is an important voice in the equation, when the board needs to be cleared away, and roadblocks scrapped. In Hindu story-telling, all three are equally vital in making up one supreme being. The more I read about these figures, the more they became a metaphor for the competing traits of creative leaders, that are constantly at odds and but equally necessary in the equation.

I’m teaching people to develop a metaphor or framework that reminds us that creative leadership, particularly when tackling something as vast as innovation, is never about dealing in absolutes. It’s about paradoxes, and often about being more than one thing simultaneously. Sometimes we have a dominant narrative that pulls us more strongly towards one than the other. Sometimes we can be more predisposed to a certain way of leading. The framework acts as a sense-check to simultaneously harness and unleash these paradoxes that we have to adopt in creative leadership; a kind of multi-personality approach.

What led you to developing this approach?

I was coming to the end of my studies at the Berlin School, and approaching the time when I would have to defend my final thesis and write my presentation. My thesis was about Business Model Innovation within Creative Agencies. I found myself having written 77 thousand words on innovation which I had to synthesise into something tangible, presentable, and engaging. I started trying to carve out a really strong story for my 30-minute presentation. I had focussed a lot on RGA as a case-study throughout my thesis, and learned about the story of Shiva through my conversations with Barry Waxman. I was inspired to explore the stories of the rest of the Hindu gods and found this amazing narrative of the Trimurti. It sounds like a cliché but it was a real light-bulb moment for me, and helped me to find a way through all of the information I was processing. Having seen it work for me during my thesis-defence, I later developed it into a more formulized exercise that could be applied in teaching and workshops with clients, internal teams, and now here at the school.

What advice would you offer our current MBA participants to make sure that they really own and implement what they’ve learned?

My advice would be to find your own equivalent of the framework I’ve described. When I finished my coursework, I found myself occasionally sitting and staring at a huge pile of note books, papers, printouts, random scribbles from group work, and notes that I made late at night and just shoved in a folder. On top of this mass of information, there’s your thesis too, and all the research you do to prepare for that. It’s a huge volume of information, and much of it is other people’s thinking. That is a natural part of the academic process. At the Berlin School, you are really encouraged to create your own point of view and perspective. But it’s important to have a framework to work from in order to distil this information and turn it into something that you can personalise and use every day.

I would really encourage MBA participants to find their own equivalent of this framework. It doesn’t need to be exactly the same. I find mine really useful because it’s very visual, it’s very straightforward, and allows me to think about stories, myths and legends which really brings it to life in my brain. It also doesn’t involve a diagram! Our brains all work differently, but finding a route to distil all of the academic information is important; something that you can use every day. It might take a while and you might need to walk away from your textbooks in order to get some distance.

From my own experience and speaking to other participants, big, conflicting topics like finance, emotional intelligence, business structures and innovation, combining case studies and big theoretical ideas can be a massive challenge. How can you digest and make sense of all of these topics, and at the same time, end up with something that’s very personal? How do you bring it back to that authentic leadership style? Whatever framework you develop, it’s got to be personal. Otherwise it will just be words on a page, and another box that you’ve ticked.