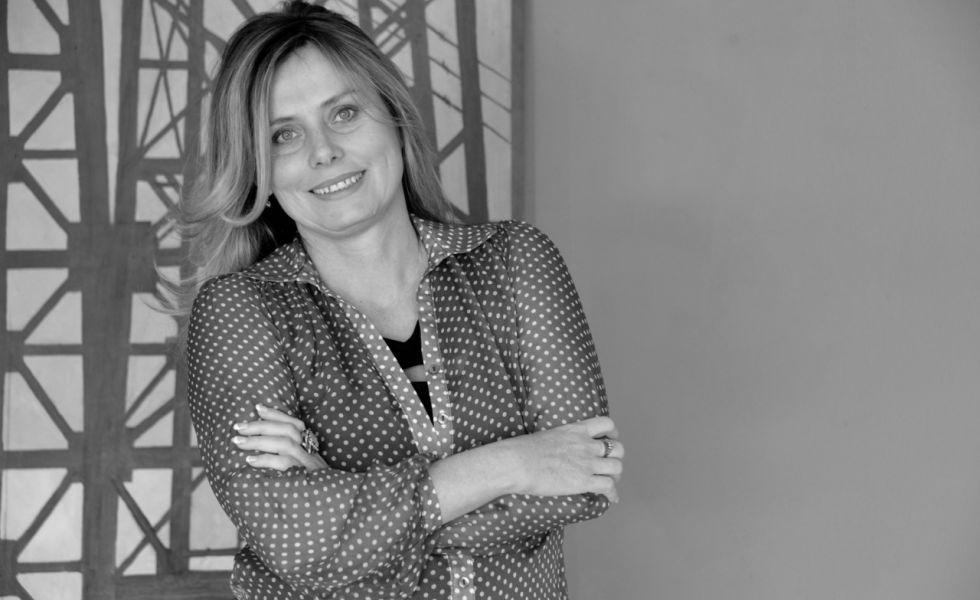 Sam Witters is an immersive content expert, working across New Zealand, Europe and the US. A Berlin School alumna, she was also the winner of our Women in Leadership Scholarship, which led her to our EMBA classroom. As a trusted advisor to entertainment companies and tech and creative media start-ups, Sam's role is to help them to get their content to the widest possible viewing audience, enabled by the latest technology. This has meant steering companies towards immersive, intereactive content through augmented, mixed and virtual reality. Sam is an advocate for the vital role of ethics in tech, and through her work, is keen to explore the impact of promoting technology outside of the usual digital hubs, and seeing its impact on communities. We spoke to Sam about the exciting VR advancements being made in New Zealand and her experience at this year’s Future Realities Fesitval, as part of NZ Tech Week 2017.

Fill us in on what you’ve been up to since your time at the Berlin School..

Trying to get back to Berlin!! I continue to work in media in the US and Europe (I’m based in NYC and Auckland, NZ) helping content companies to figure out how to get their shows to the widest possible viewing audience. They all like to see themselves as agile but the real adjustment is getting their heads around the fact that traditional business models no longer apply and we no longer need gatekeepers – just really good content and excellent technology that we, as users, shouldn’t even know about! I’ve just been in Bali at APOS and it was amazing to see how the giant producers from Amazon to NBC Uni are all coming up with innovative regional partnerships and producing really good ‘localized’ content that travels well outside of its country of origin.

In tandem with this, I lead a team of clever people who help me vet and launch immersive technology and creative media companies establishing themselves in the US. I helped launch the NZ VR AR Association and am on the boards of various VR groups and tech media start-ups who are doing brilliant things disrupting the production eco-system and making it better for the people who work in it and for the people who spend their hard-earned time engaging in it. I’m also an advocate of ethics in technology - an area that needs the spotlight right now. Disruption for disruption’s sake is not how we build a secure future.

Earlier this year, you were involved with Future Realities in New Zealand, as part of Techweek’17. Can you tell us about the highlights? Was it ‘the least boring tech conference ever’?

One of my very excellent collaborators in Immersive Tech is NY-based Caitlin Burns. Caitlin is a world leader in producing for emerging technologies and currently Vice Chair of the Producers’ Guild of America New Media Council. She came down to NZ courtesy of the US Embassy to key note Future Realities and to do a series of workshops with me in regional communities around NZ. The idea being how can this technology foster innovation, education and drive economic growth at a local level for communities who have great talent in their teachers, business leaders, mentors and young people and more often than not, great natural resources that attract visitors from all over the world.

One of the biggest elements of a great conference is the enthusiasm of the people in the room and we found Future Realities (sold out in Auckland and Wellington) to be filled with fantastically engaged and interested attendees.

It was an absolute pleasure to see the innovative technologies New Zealand has to offer and to learn about what these New Zealand companies are going to be able to bring to the rest of the world in these evolving fields. It was a line-up you’d want to see anywhere in the world.

We particularly loved meeting creators and seeing new work that is pushing the limits of creative experience like The Green Fairy, the amazing fine art of DotDot and the simulations of Staples VR. At the same time, also checking out how teams are taking on the challenges of medical education, civic mapping and conservation with new tools. Even better though, was seeing how those teams are working together to create new mixes that help people connect art and science.

For those of us who are new to VR, can you tell us a little about how the technology has evolved and influenced our daily lives in recent years?

VR is a very exciting technology right now, but it’s only the first in a wide range of new technologies that put people in the center of digital experiences. Virtual Reality is characterized by immersing someone completely in an experience where they are present and interacting with a simulated world. This is very exciting for things like psychological therapies, education and simulation and of course, entertainment and gaming.

Even though the overall market for the hardware is still somewhat small (but growing!) it’s exciting to play with and is letting creators and technologists play with environments that let the audience member interact with that world in new ways – using visual interfaces, haptic (touch) interfaces, and gestural interfaces that let you wave your hands and control the digital world you’re seeing.

All of these new ways of connecting people’s physical bodies to the digital world are in many ways more natural to the way humans interact with the world around them and will have a huge impact on everything from retail kiosks to your laptops and phones.

Virtual Reality is the first stepping stone to technologies that let you interact with the digital world in a way that’s closer to the way you move around a room naturally. Soon, we’ll be engaging with new technologies like augmented reality and mixed reality that are about enhancing and adding digital information to the real world using those same interfaces. The impact of those technologies may change the way we work, live and play the same way laptops or smartphones did. New Zealand companies are already thinking about how to lead in these fields.

It’s tempting to think of VR as an entertainment tool, but experts are proving its unbelievable worth in the areas of education, business, media, social media, and even medicine. Can you tell us about some of the exciting examples you’ve seen of immersive technology in action?

he first examples that come to mind are Skip Rizzo’s work at University of Southern California working with military veterans suffering from Post-Traumatic Stress Disorder. This has been studied for decades and VR simulation has been approved by the US Food and Drug Administration for use in these psychiatric contexts. That says something incredibly powerful about what it means to an audience member who is inside a VR experience. Similarly, Oxford in the UK has studied the impact of VR simulations on severe paranoia and anxiety showing that exposure therapies can make a big difference in people’s lives.

There are also substantial examples of these simulations helping to reduce intimidation and anxiety as part of educational trainings – letting trainees experience high stress situations before there are real stakes. Medical training sims like the work of Xedical, industrial work helmets from Daquri or the fire simulations StaplesVR has created let people experience difficult situations and become acclimatized before they’re in situations where their response may be life-or-death. These tools are also starting to integrate AR and mobile app add-ons to be part of larger training programs.

How do you feel that consumers’ hunger for immersive technology is affecting the way we respond to brands? How should brands and businesses respond to that hunger?

One of the biggest surprises I find when I’m speaking is that people expect VR hardware to be more popular than it currently is. The sales of hardware are growing and numbers of people who use VR are growing as well, but that growth doesn’t necessarily match the hype or enthusiasm of reporting or investors. This is similar to what we initially saw a decade ago with web-video. When YouTube was just another start-up there was a lot of naysaying and a lot of over-enthusiastic reporting of just how quickly the audience would adapt to watching streaming video online. It took years for web-video to be able to reach its audience, for the software to be stable and as consistent as television and for creators building the content that was attractive enough for audiences to flock to it in droves.

The same things are happening with VR, content is probably the biggest hurdle right now, it’s expensive and technically difficult to create and creators have only been able to distribute 360° video and VR content to the mass market for around 18 months. This is a blink of an eye in terms of learning and making art on a new technology platform. There are some amazing creators in the field but plenty of room for more to be experimenting and finding out what truly exciting experiences are like for VR – reaching audiences and making names for themselves at the same time.

Brands and businesses know that VR draws a crowd and that funding it is a great way to innovate and test these new 3D, 360° interfaces and technologies at the same time. That said, it’s still experimental and finding talented, professional partners is critical to making those investments successful.

There are many new companies in the field that can make VR, but there are also dozens of companies that have built names for themselves making great 360° content and VR and it’s important to partner with teams you can trust to take good care of the people you’re inviting into an experience.

It’s easy to make bad VR, but there’s a lot of bad VR content out there right now and sure to be more before the platforms find their feet. Ultimately, for brands and businesses, the opportunity to make truly great VR is there, and for that investment to be something that makes their name known as trailblazers in the next wave of technological advancement.