Riding the Soundwaves of Digital Disruption 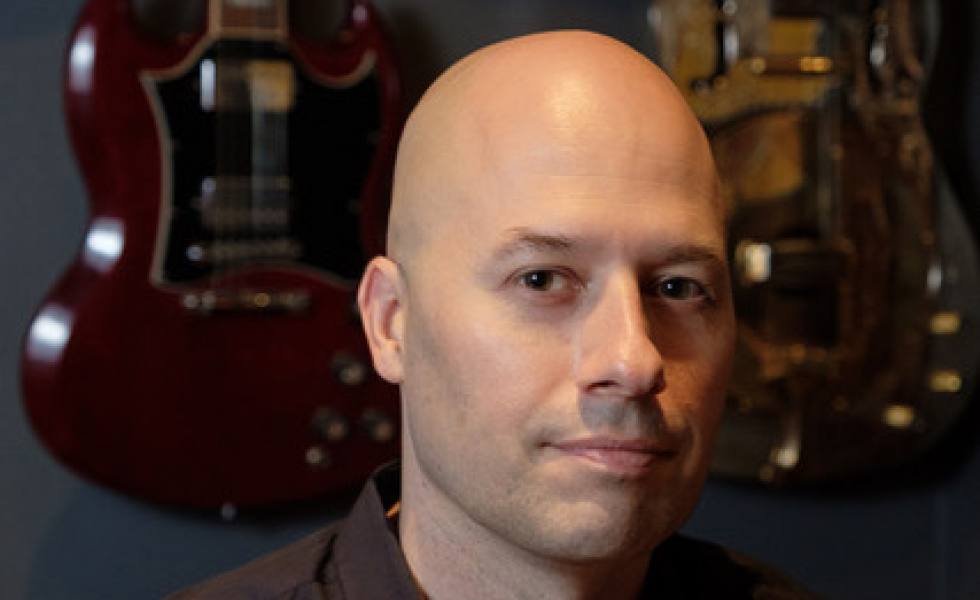 Ian Jeffreys is Managing Director of Butter Music & Sound and the most recent winner of the Contagious Scholarship for the Executive MBA in Creative Leadership. From studying at Berklee to managing a production HQ in New York, Ian has spent his life and career devoted to the craft of making music, and has seen the dramatic effects of digital disruption at every level of the industry. We caught up with Ian between modules to ask about his Berlin School experience so far, and to find out more about the world of music branding and the opportunities for young music creators, today.

First of all, tell us a little about your career in advertising post-production? Was this already a passion of yours at Berklee School of Music?

I stumbled into my career in advertising post quite by accident.  I spent my twenties working for a music software company, for major record labels, and for a film composer. I also did the obligatory time working at a restaurant, as all artists in New York seem to do. I was nearly thirty and looking for my next move when a friend and collaborator, Judson Crane, told me of an opportunity at his company, Fluid.  Somehow all of those disparate jobs turned out the be the perfect training for my first job as a producer in post-production.

I’ve been doing it for 14 years now and it’s been an incredibly rewarding career. What makes advertising post so exciting is that the projects are fast and diverse. In any given week we are juggling between ten and twenty different projects across the spectrum – cinematic underscore for one brand, hip-hop tracks for another, comedic jingles for another, and sonic branding for yet another. I’ve produced every kind of ad for every kind of brand you can imagine. I’ve written and performed songs for award-winning campaigns. I really feel very fortunate as a creative person to have found this path.

Looking back at Berklee, I had taken a couple of classes on Jingle Writing and Music for Advertising, but that was never really my stated career objective. I had no idea that this particular sort of role existed when I was in school.  During my early career at the labels I had become resigned to the idea that the music business was a little bit of music and a whole lot of business. So it was a massive relief to find this path where I have been able to balance my creative strengths with my business strengths.

Music crosses over with countless other industries. What kind of new opportunities are opening up for music graduates?

The floodgates have really opened for music graduates. We live in the age of content. The massive proliferation of content that is available today means that there are more opportunities for creatives everywhere. The challenge is that while the opportunities are far more widespread, the financial value attached is lower.  That is a problem for established companies with giant overhead, but for a young musician’s budget, those smaller budgets can be enough to build a reel and kickstart a career.

Can you comment on the impact of great sound design on the consumer experience? How does it contribute to the DNA of a brand?

Whether we are talking about marketing in the traditional media outlets or platforms like VR, experiential, and in-store, consumers want experiences that make them feel something. They don’t want the hard sell. A brand’s sonic approach needs to take that into account, and sound design is often overlooked as an effective method. Great sound design has the power to create more immersive experiences because it hits you on a physical, subconscious level. Consider for instance, the recent “Major Taylor” film from Hennessy and the way the sound design gives the viewer the feeling of experiencing the race first-hand.

With respect to brand DNA, sound design becomes vital. Since most consumer interactions are now happening on-line or on mobile, brands can have absolute control of the consumer experience. In the same way that brands are consistent in their visual representation, they are starting to realize the potential for a consistent approach to their sonic branding which goes beyond simply creating an audio logo or brand anthem. This can be as simple as creating unique Earcons (audio icons) to guide the UI experience or as immersive as a brand-centric soundscape. In the retail space this will become even more important, as brands look for ways to make in-store experiences more memorable (and relevant, as consumers abandon brick and mortar in favor of online shopping). Brands like Nike, Hunter Boots, and Build-A-Bear are a few that have started to explore the idea of in-store audio environments. I predict this will become a more common piece of the sonic branding package in the coming years. Automotive is also a category that is exploring sound design with Engine Synthesis for electric cars.

There is a growing interest in the role that technology and AI will play in the future of creative work and human innovation. What kind of impact or opportunity does this present to creative business, and specifically the area of post-production?

It’s hard to say at this time what the impact is going to be. The more pessimistic individuals are predicting Tsunami-like upheaval to the industry. It’s hard to disagree. Unfortunately, I think the innovation will come from outside the post-production community as many in the field do not have the resources to invest in the R&D necessary to guide us into the next generation. Efforts are already underway to automate the editing process in video and audio. I’ve seen beta tests of systems that claim to use AI to customize a music score for picture. The results are clunky and uninspired, but if we consider Google Translate as a model, it’s easy to imagine that automated editing will be widely available and highly functioning within the next decade. The B and C-level players of today unlikely to survive.

Looking from a more optimistic angle, we can draw comfort from the fact that although AI is able to replicate established patterns based on history, it does not at this time have the ability to think in the abstract which is where human creativity and innovation lives. Personally, I am interested to see functions like predictive-text are adapted to the creative process. Creative tools like Final Cut and Logic may become more like collaborators, suggesting tools and settings to unleash creativity rather than replace it. Personally, I’m watching Google’s Magenta project and tools like Piano Genie to see what might be in store.

In the past decades, there have been huge shifts in the music industry in terms of clear revenue streams for music-makers. In what ways do you see that dynamic developing in the near future?

Right now everyone in the music industry is following news surrounding the Music Modernization Act (MMA) that was passed on the 11th. That will have the biggest impact on revenue for music makers, producers in particular, for generations. It’s going to be a couple of years until every part of the bill is implemented, but it’s possible we may see new business models and delivery systems arrive as a reaction to the new laws. What those might be I can only begin to imagine.

The thing I like to point out is that the music business was really the first industry to be disrupted by the internet age. MP3s and digital streaming shattered the foundations of the recording industry in the same way that Uber and AirBnB have rewritten the rules for taxis and hotels. The concerts and live events industry on the other hand is still operating largely in the same way that it has all along. It would be interesting to see an innovation that cuts out ticket brokers and other middlemen to bring the power back into the hands of the consumer and the artists.

What leadership challenges are arising in your sphere of advertising and how do you hope to explore these on the Berlin School EMBA?

One of the main leadership challenges I face relates to the shifting tides in advertising. There’s been a lot of talk about the death of the traditional ad agency. Some say the wave has already hit. I disagree. Yes, there have been some big changes – like advertisers abandoning the agency-of-record model, agencies bringing production and post in-house, and consultancies entering the field – but there are still a lot of companies being run by traditionally-minded CMOs and CEOs who don’t understand the full extent of what is possible with big data. I believe that the day when the older generation is replaced by executives that grew up with the internet and social media is the day when we will see the tsunami really hit.

Part of my motivation in attending the Berlin School is to explore possible ways to ride the wave rather than be crushed by it. Radical change brings opportunity but it will require creative leadership to harness it.

Could you be the next Scholarship winner to join our global Executive MBA?

Scholarship applications are now open for the March 2019 intake here.

If you have any questions about your application, don’t hesitate to get in touch with our admissions team. Best of luck!

Words to Action: Leading Change in Advertising with Becky McOwen Banks
X-ennials And The Need For Social Impact With Jihane Fadel
Why Creative Businesses Must Build Up the Next Generation of Leaders
All articles »