The Relevancy of Vulgar Creativity 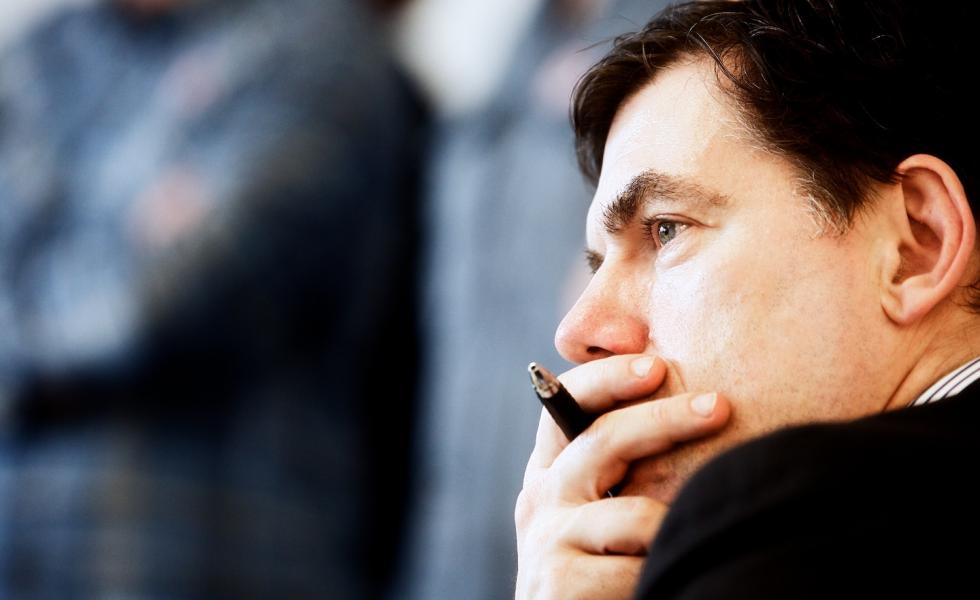 "Companies constantly tell us about their commitment to excellence, implying that this means they will make only top-shelf products. Words like quality and excellence are misapplied so relentlessly that they border on meaningless….To ensure quality, then, excellence must be an earned word, attributed by others to us, not proclaimed by us about ourselves."

Catmull and Wallace’s recent account of Pixar’s decades-long journey is an empassioned call for individuals and organizations not just to speak their core beliefs and values but to act on them consistently and imaginatively.  Many of these beliefs, from quality and excellence to “trust the process” and “story is king” are familiar invocations of business intent and purpose.  Yet running through Creativity, Inc. is the crucial insight that repeating such words and phrases can actually provide false confidence and be counter-productive if they ring hollow and are not put into practice.

Probably the word with the most potential to mislead is “creativity” itself and Catmull and Wallace’s book can be read as a 368-page illustration of how an ongoing, collective, and enacted focus can make the commitment to that value real and dynamic.  At a time when “creativity” and “innovation” appear everywhere in corporate pronouncements, doing more than parroting the words is a consistent challenge for leaders and organizations.  I have written about this elsewhere (https://www.forbes.com/sites/berlinschoolofcreativeleadership/2014/08/15/innovation-overload-why-saying-creativity-is-not-enough/), as have others, like Shane Snow, who goes so far as assert, “If you have to call yourself innovative, you’re probably not.” (https://www.linkedin.com/pulse/20131206134306-7374576-if-you-call-yourself-innovative-you-re-not)

Beyond taking care with one’s own usage of these basic terms, a question arises about the recognition by others of a given individual’s or firm’s creativity or innovation.  These are enormously slippery concepts, varying across cultures and industries and markets.  The novelty, freshness or utility celebrated in one situation or context can be viewed as familiar or even clichéd in another.  As a result, we might reasonably ask, How can creativity become an “earned word, attributed by others to us”?

One answer is to consider what I call “vulgar creativity” in assessing and practicing imaginative activities and production.  The qualifying word, “vulgar,” has several meanings and historical resonances that are vital to approaching that process.  While not one-dimensional, the term can nevertheless help to orient our thinking and actions around creativity in businesses and elsewhere.

“Vulgar” derives from the Latin word for “common people” and originally was used to describe their ordinary, everyday uses of things or ideas.  A “vulgar tongue” in the Middle Ages thus meant the actual or vernacular language of a people as opposed to an official or elite one.  Over the last century, sophisticated social and cultural theorists from Walter Benjamin to Terry Eagleton have criticized “vulgar Marxism” for reductionist readings of Marx and Engels that claim ideology (including art and creative work) is simply determined by economic structures.  There’s irony, for some, in such bemoaning of a common people’s understanding of Marx, who, after all, sought to empower them.  More importantly, though, the example casts in relief two distinct (if often overlapping) meanings conveyed by the term, vulgar – namely, of being of the people and ordinary and of oversimplification, edginess, and even crudeness.

That everyone is, or has the potential to be, (more) creative has become an article of faith for many in the twenty-first century.  Sir Ken Robinson is a persuasive and much-admired exponent of this view.  He concentrates on how schools “kill creativity” in order to illuminate alternative ways that they, and other organizations including businesses, can cultivate and liberate individual imagination.  By helping unlearn the standardized “command and control” approaches to learning that predominate in education, he calls instead for a diverse, individualized and organic approach to encouraging students to thrive.  Rather than a select, chosen creative few, Robinson’s presumption is that these changes will foster the curiosity and unleash the ability to experiment existing in us all.

It is here, however, that the second meaning of vulgar can re-emerge and complicate our celebration of universal creativity.  Conventionally, creative activity involves plunging into the unknown, engaging unorthodox thinking, experimenting continuously, and incorporating a bit of irreverence (to use advertising legend Sir John Hegarty’s term).  Yet those drives, particularly in business, are often reduced to simplistic taglines or formulaic processes.  Even worse, the admirable goal of nurturing greater creativity too often turns merely on unfettering individual free thinking or expression.  Supporting creativity, in other words, becomes about removing as many filters, structures or other constraints as possible rather than building a diverse, stimulating, and organic environment that cultivates individual and group learning and imagination.

Simply unfiltering individual expression or behavior may have individual value in terms of personal fulfillment or happiness (or other indirect benefits to organizations or groups), but it does not necessarily provide the makings of a wider and more sustainable creative culture.  The British scholar of creativity, Margaret Boden, once distinguished personal from historical creativity by observing that what is novel to one individual at any given moment is often not to the wider society or across history.  While that personal creative expressiveness should be nurtured, it also needs to be differentiated from what is new, surprising or useful for larger communities, markets or societies.

To be mindful of vulgar creativity is to recognize both the ordinary, democratic potential of creativity and, in business, particularly, its social or organizational reality and dynamics.  The point is not to judge worthy those efforts at fostering creativity affirmed by crowds or markets and dismiss others.  However, it is to acknowledge that, too often in business, attention to creativity and innovation is reduced to celebrating novelty without value or facilitating individual expression without wider purpose.

In 1982, film and cultural commentator J. Hoberman published “Vulgar Modernism,” an article in which he argued that manz popular, even apparently tasteless productions like Dean Martin and Jerry Lewis comedies, Tex Avery cartoons and Mad magazine, engaged some of the same mid-twentieth century aesthetic, institutional and social questions as the Modernist art of Picasso, Manet, and bebop.  Hoberman was seeking to make sense of the post-World War II years in which a fraught relationship between popular and “high” cultures was being renegotiated.  Invoking the “vulgar” became a way to approach the rich and productive tensions marking the practices of mainstream media and audiences.

Only a few years later, pioneering adman Bill Bernbach observed, “Is creativity some obscure, esoteric art form? Not on your life. It’s the most practical thing a businessman can employ.”  For Bernbach then, and continuing in business today, the successful approach to creativity should be similarly broad and shaped by productive tensions – between espoused beliefs and substantive actions, customer needs and firm purpose, and organizational processes and individual imagination.  In its embrace of such crucial tensions, “vulgar creativity” can provide another reminder to leaders of the value of empowering more universal creativity while always grounding that effort in the world they see and aspire to change.