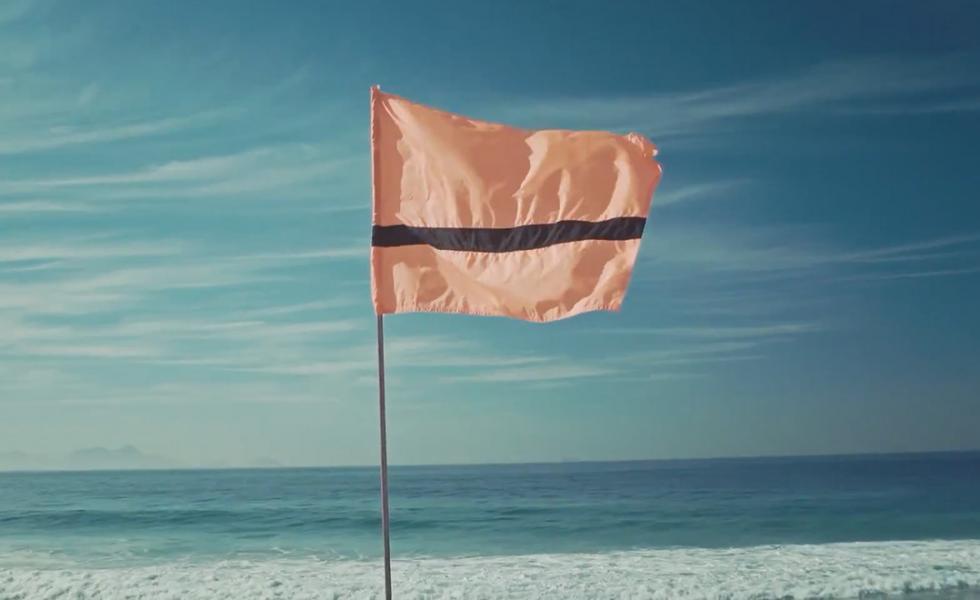 At the Berlin School, we talk about great creative leadership as evolving beyond ideas, strategy and business, to make a true impact on society and social problems. In 2016, when the world faced a global refugee crisis the levels of which had not been seen in decades, Rodrigo Moran (Creative Director/Chief Convincing Officer, O&M) and Gil Kuruneri (Creative Director, Edelman) recognised such a need for social action, and, with the aid of one powerful visual message, proved the potential of "working for a big idea and not for themselves." Read the ongoing story of two creative leaders and EMBA participants who brought the Refugee Nation flag to the 2016 Olympics, and continue to bring the world together to support refugees.

Tell us about Refugee Nation…

Rodrigo: The refugee crisis is one of the most urgent humanitarian issues the world has faced. 2016, in particular, was one of the toughest years on record for displaced people. Not since WWII have we seen so many people forced to flee their own countries. And yet, the indifference towards and the prejudice against refugees continued to grow. At this crucial moment, Amnesty International came to us with a huge challenge: bring awareness to the refugee cause, ignite a positive conversation, and engage the world to support refugees.

Because of that, we needed an idea to bring the world together to support refugees.

At the same time, for the first time ever, a refugee team was going to compete in the Olympics. There were 10 athletes with no national team, no flag, no anthem to call their own—until we gave them one.

We partnered with refugees across the globe to create a flag and an anthem to represent the athletes. The Refugee Nation flag was designed by Yara Said, a Syrian refugee artist who was inspired by the colors of the life vests. According to Yara: “Orange and black is a symbol of solidarity for all the brave souls who crossed the sea, looking for the safety of a new country.” The artist herself wore a life vest when escaping war.

The Refugee Nation Anthem was written by Moutaz Arian, a Syrian refugee composer. He intentionally wrote the anthem with no words. Because the refugee crisis is a global issue, its haunting melody would therefore resonate across all borders and all languages. In Arian’s words: “Music is my best way to deliver a message to humanity to love each other. This language doesn’t need translation.”

The flag and the anthem gave an identity to those who would be otherwise invisible, and turned a team of ten into a team of millions, all in support of the 65 million displaced people worldwide.

When it was launched during the Olympics, it quickly got global reach. Major media channels around the world covered the project and spread our message of hope and solidarity across continents. The flag became more than a symbol created by refugees, for refugees. It became a powerful tool to change their reality.

Stickers featuring the flag turned stores into refugee-welcoming businesses. In partnership with the social initiative Makers Unite, refugees are now manufacturing flags out of real life vests from the Greek shore. In doing so, the flag is creating the first job opportunity and a new hope to refugees arriving in Europe.

In just a few months after its release, the project earned over 4.5 billion media impressions. The flag is more than a piece of fabric, it’s a powerful symbol for a people who didn’t have one; an identity for millions who would be otherwise invisible. It creates awareness around one of the largest humanitarian crisis ever. It sparks positive conversations, and challenges the prejudices refugees face across the globe.

The flag was embraced by refugee athletes, refugee communities (including camps and shelters in Lesbos, Kakuma, Tempelhof) and thousands of supporters during the Olympic Games; recognized by The One Young World 2016, under the eyes of world leaders such as Kofi Annan, Justin Trudeau and Muhammad Yunus; embraced by celebrities, including rap singer M.I.A, Chinese artist Ai Weiwei, and Emmy award-winning actor Jeffrey Tambor. During the Oscars, some members of the academy award-winning documentary “The Salesman” were wearing the refugee flag pin. On the same night, Franklin Leonard, founder of the Blacklist, wore the pin during the Oscars commentary, live on BBC.

Lastly, the flag became part of culture. It’s been exhibited at Stedelijk Museum, Venezia 57th Biennale, Vienna Biennale, and is in the permanent collection of the Victoria & Albert Museum in London and the Museum of Modern Art (MoMA) in NY. Nowadays, the flag is in the main lobby of both V&A and MOMA museums. The flag is also part of the prestigious Beazley Designs of the Year 2017 to be exhibited at The Design Museum in London.

Tell us about your role in Refugee Nation

Gil: Rodrigo and I had started this "pirate teams" network of creatives that would work together on big social impact ideas. I’ve also been a record label owner, producer, and touring DJ for 15 years, So, one of the things I could bring to the table beyond creative contributions, is a large network of contacts in the music, entertainment, and design worlds.

So, if Rodrigo was the Chief “Convincing” Officer, then you could say I was the Chief “Connecting” Officer (ha, ha!). I was able to tap into my music network and connect the project to other movements and organizations that were supporting refugees around the world. Also, my classmates at the Berlin School really embraced the project and helped connect us to even more supporters around the world.

So, in additional to providing creative leadership to the team, I was also sort of a de-facto ambassador of The Refugee Nation, doing presentations for the project in New York, Berkeley, and Berlin as well as connecting us to support from the music venue TBA Brooklyn, the Refugee Orchestra Project, Global Citizen, and more.

Can you describe the early days of getting the project off the ground? What kind of leadership challenges did it present?

Rodrigo: The Refugee Nation was a bigger project under the "pirate teams" I lead at Ogilvy. They are agile squads of creatives who care about social injustices. These teams identify problems, ideate creative solutions, and work to make relationships with government officials, business partners, and vendors to make ideas realities. In a very anti-advertising way, we have a lot of people working to help a cause, working for a big idea and not for themselves.

One of the most challenging things for me was to build a pirate team to operate on a larger scale. A project like Refugee Nation demanded way more people than a usual pirate project. Another big challenge was to make everyone in the project be "a leader"; to be accountable for their actions and real problem-solvers in what they had to do. Finally, it was a project made by creatives who had to be way more than creatives: we had to be salespeople, producers, developers, PR, and project managers. As a leader, it was a real challenge to identify these extra skills in each one of us. If we didn't have the skills, the teams were trained to do it. It was a great learning based on a lot of effort from all of us. And I can say that it's all paying off.

Describing some rewarding moment of working this project?

Gil: After returning from the Berlin School summer module, Rodrigo and I went for a coffee that turned in to a long walk. Before I realized it, we were in front of the MoMa. We walked inside the main lobby, and hanging there –next to the gay pride flag designed by Gilbert Baker– was the refugee flag.

This past January, I was attending the winter module at the Berlin School. It was right in the middle of Trump's first travel ban, and things were nuts. I was going back and forth with the team back in NY trying to keep up with events on the ground and all the protests at JFK. Then suddenly, our socials channels started buzzing exploded when the Grammy-awarded artist, M.I.A., had begun posting about our flag and the project on her social feeds.

Refugee Nation has received global recognition at Cannes and beyond. What has been the importance of storytelling and simplicity of design to the project?

Rodrigo: I think the advertising/design world recognition is good but I want a Nobel prize nomination. That will prove that we are really making a difference and we won't rest until we get it. This is a story that we are not proud of telling. I can't believe that in 2017 we are still talking about people escaping from terror to survive.

The simplicity and the fact that the flag reminds of a life-vest makes the project unique. But, I insist, I wish we didn't need to create that.

What reality would you like to achieve for refugees in the near future?

Rodrigo: I know it sounds utopic but I want this crisis to be reduced to close to zero. And, in order to be able to accomplish that, I think the solution comes from the private sector putting pressure on governments. The NGO can't work alone anymore.

What do you think other social initiatives can learn from the way that Refugee Nation has been created?

Gil: It doesn’t take a lot of money to get your creative ideas out there and to really make a difference. We did this project on our own, with no budget, like a bunch of pirates. Don’t let people tell you no, keep pushing, keep trying. There’s absolutely no limit to how far a creative idea can take you. Always keep pushing your ideas. Don’t underestimate the potential positive impact you can have on people.

How can others get involved?

Rodrigo: By contacting us, by partnering with us, by bring their brands to work with us, and, finally, by really trying to help the cause. There is still a lot of work to be done, unfortunately. Go to www.therefugeenation.org