The Leadership Legacy of Charlie Bluhdorn 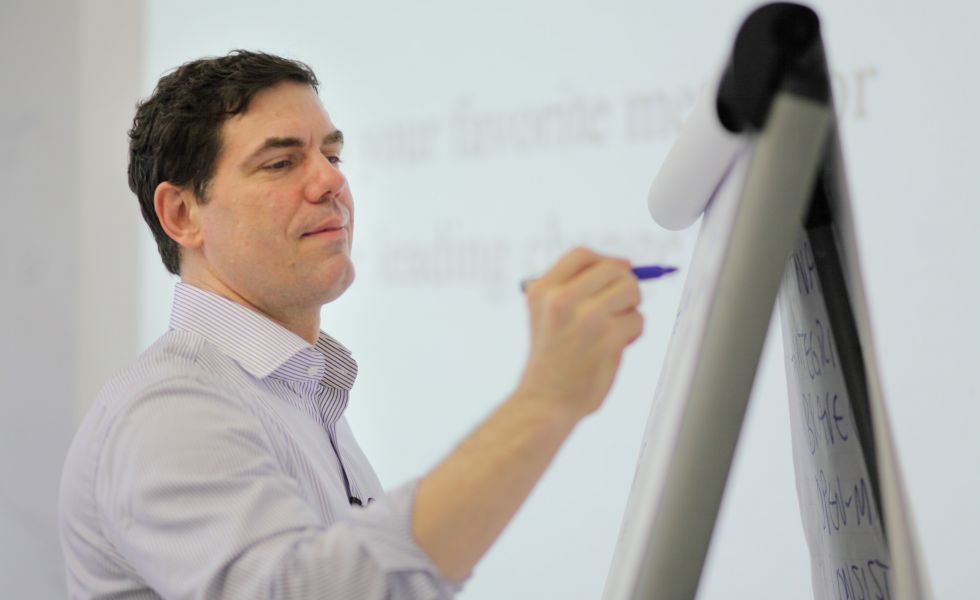 Some of the most iconic films in the history of Hollywood are referred to as ‘happy accidents.’ Despite emerging from erratic story development, casting battles, and even public controversies, Casablanca, High Noon, and The Godfather are examples of projects that have become timeless classics. The serendipity eventually attributed to the films typically focuses on the successful if unexpected harmony among the diverse individuals and conflicting elements contributing to the productions.

Whose creative leadership is most responsible for these triumphs is a regular part of the discussion. Ordinarily, some combination of the films’ producers, director and writers are credited, often citing their protracted disagreements, along with the performances of unexpected but in retrospect perfectly cast on-screen talent.  The production itself is likewise revisited as having been difficult and uncertain. Finally, an acknowledgement of some larger relevant context of filmmaking at the given time – the genius of the studio system, the tense politics of Cold War cinema, the generational shifts of New Hollywood – sheds further light on the resulting movie’s subject or style. In other words, while exceptional, these memorable cinematic ‘accidents’ cast in relief the more general challenge of understanding the shared leadership of creative collaborative projects like films.

In the case of The Godfather, the narrative of creative success has come largely to revolve around director Francis Ford Coppola and Paramount Production Head Robert Evans and how their conflicts played out during transformative years in Hollywood history. Coppola, of course, was a major figure in the renaissance of American filmmaking. Having started at the UCLA film school and worked on small projects during the 1960s, he co-founded an alternative studio, American Zoetrope, with George Lucas, before winning an Academy Award for writing Patton and then, despite initially declining the offer, agreeing to direct The Godfather. He famously decided to do so after proposing that it should be less a traditional gangster tale than a metaphor of capitalism. Coppola also assembled and led the crew, including cinematographer Gordon Willis and composer Nino Rota, who helped to fill out his on-screen vision of an immigrant family in an enclosed moral world.

Evans’ career has assumed a similarly larger-than-life quality, particularly since publishing two autobiographies, the first of which, The Kid Stays in the Picture, was made in 2002 into a colorful documentary that imagines him as a Gatsby-esque throwback to the Golden Age of Hollywood studio chiefs. Appointed as Head of Production at Paramount in 1966 (at age 36), he would oversee an extraordinary run of imaginative and money-making films including Rosemary’s Baby, Love Story, and Harold and Maude. Evans then turned to make a film of The Godfather from a best-selling novel for which he had earlier purchased the rights from writer Mario Puzo when it was still in treatment form. The subsequent development of a film script, and selection of Francis Ford Coppola as the director, led to the production of the Best Picture Oscar-winning and highest-grossing film of 1972.

Albert Ruddy, a New Yorker who had previously developed the television comedy, Hogan’s Heroes, was hired as the film’s producer. Known for his ability to get productions made on schedule and within budget, Ruddy was deeply involved in the machinations around the new project on both coasts. Perhaps most unexpectedly, he had to interact with Italian-American groups wary of potentially biased ethnic representations in the film. His darker and more dramatic meetings in this regard were with Joe Columbo and other reputed mobsters. During one such meeting, he agreed to remove any actual use of the word, ‘Mafia’ (which appeared only once by that time), from the script. It was Ruddy who would rise to the stage, alone, to receive the film’s Best Picture Oscar in 1972. (He would later receive a second, three decades later, for Million Dollar Baby.)

The most visible creative contributors to the film were, of course, the cast. With the exception of Marlon Brando, who would be making a return to the screen as patriarch Vito Corleone, most of the actors were little known at the time. The internal disagreements about who would play which roles, particularly between Coppola and Evans, have been widely discussed: ‘The war over casting the family Corleone,’ Evans recalled, ‘was more volatile than the war the Corleone family fought on screen.’ Yet the ensemble of Al Pacino, James Caan, Robert Duvall, and others, as well as numerous non-actors, produced performances that were central to the film’s imaginative re-making of the gangster film. Their improvised lines and unscripted actions – from words like, ‘Leave the gun, take the cannoli’ and Brando’s slapping Al Martino (as singer Johnny Fontane) and demanding, ‘You can act like a man’ – have likewise entered the cultural lexicon.

Sitting above this diverse talent was the CEO of the holding company of Paramount. Charles Bluhdorn had purchased a nearly defunct auto parts manufacturing company, Michigan Plating & Stamping, in 1956, renamed it Gulf+Western, and used it to acquire a diversified portfolio of hundreds of holdings. Ten years later, the company would acquire Paramount and then increasingly focus on communications properties, acquiring Stax Records in 1968, gamemaker Sega in 1969, and publisher Simon & Schuster in 1975. The growth and performance of the conglomerate was astonishing: ranked #341 with revenues of $182 million in the 1966 Fortune 500 list, Gulf+Western would rise to #79 in 1974, its revenues having increased more than tenfold in less than a decade.

However, Bluhdorn did more than approve budgets and press for financial results. At Paramount, and with The Godfather, he also participated, consistently and sometimes intrusively, in the pre-production and even on the sets of the film. He met with both Coppola and Ruddy before approving their being hired on the project and he weighed in on principal casting. As journalist Mark Seal wrote in 2009, Bluhdorn was also closely involved in efforts spearheaded by Ruddy to ensure the production did not offend organized crime – a group, it turned out, the CEO had his own history with. Rather than cataloguing specific contributions (or impediments), it is perhaps better to recognize Bluhdorn’s role in fostering what Linda Hill has more recently called ‘collective genius,’ that environment in which individual talents are rendered into a single collective work animated by shared purpose.

In this role, Bluhdorn represented a recurrent figure in the history of business creativity: the enterprising businessman who builds a holding (or other large) company reliant, to varying degrees, on innovative organization and creative talent. Some, like William Durant at General Motors in the early decades of the twentieth century, failed to capitalize on the resources he gathered and exploit the potential of the growing automobile market. Others, such as Sir Martin Sorrell of WPP today, have succeeded in brand communications and marketing at a global scale. While subjectively intervening in major production decisions, Bluhdorn ultimately afforded Evans and Ruddy sufficient space and opportunity to make creative decisions – which, in turn, allowed the talent on individual productions, like Coppola and the cast, to create such memorable performances.

In Hollywood in the late 1960s and early 1970s, all but one of the major film studios were acquired by firms outside the industry. Of the wider series of acquisitions at the time, many critics would lament the loss of a particular approach to creative filmmaking. Bluhdorn’s takeover, in particular, was mocked by the Hollywood press (and even on screen, by comedian Mel Brooks, in Silent Movie), who referred to his company as ‘Engulf + Devour.’ Subsequent scholars, too, like historian Bernard F. Dick, have argued that the takeover of studios by conglomerates at the time transformed motion pictures forever, replacing the development of film art with the corporate ‘art of the deal.’

Yet in businesses reliant on large-scale collaborative projects like feature films, this corporate ‘art’ has consistently co-existed with more traditional creative capabilities. The terms of that co-existence have continued to change over time, with the imperatives of management both stifling and fostering creative productivity, and the conglomerates of the 1960s and 1970s marked one such shift. As the example of Paramount and The Godfather demonstrates, even compelling differences and disagreements ranging from holding company to individual film production leadership can yield creative excellence. Both contemporary and later chroniclers of Bluhdorn would remark that he was more of a dealmaker, succeeding and also failing across diverse situations, than an industry sage with a coherent vision of creative work or a long-term plan for growing the holding company. But by installing the right creative talent and following his sometimes starry-eyed passion for film and other communications industries, Bluhdorn indeed practiced the art of the deal in the successful pursuit of business creativity.

Media mogul Barry Diller, whom Bluhdorn hired to run Paramount in 1976, would later say, ‘he really was a romantic businessman.’ He has also been called the Mad Austrian, a business eccentric, and a conglomerate king. Today, as we increasingly recognize the varied and collective efforts made across creative teams and organizations, we might also acknowledge Bluhdorn’s effectiveness as a creative leader. In doing so, we recognize the wide-ranging contributions to The Godfather and also begin to break down the facile and typically false opposition between business and creativity. In his passionate commitment to superb talent and support of promising projects, he not only made the development and completion of creative work possible financially; in what he did and the company he built, Charlie Bluhdorn helped to make the creative work better.