A Journey of Contradictions: Shanghai to Tokyo - Part 2 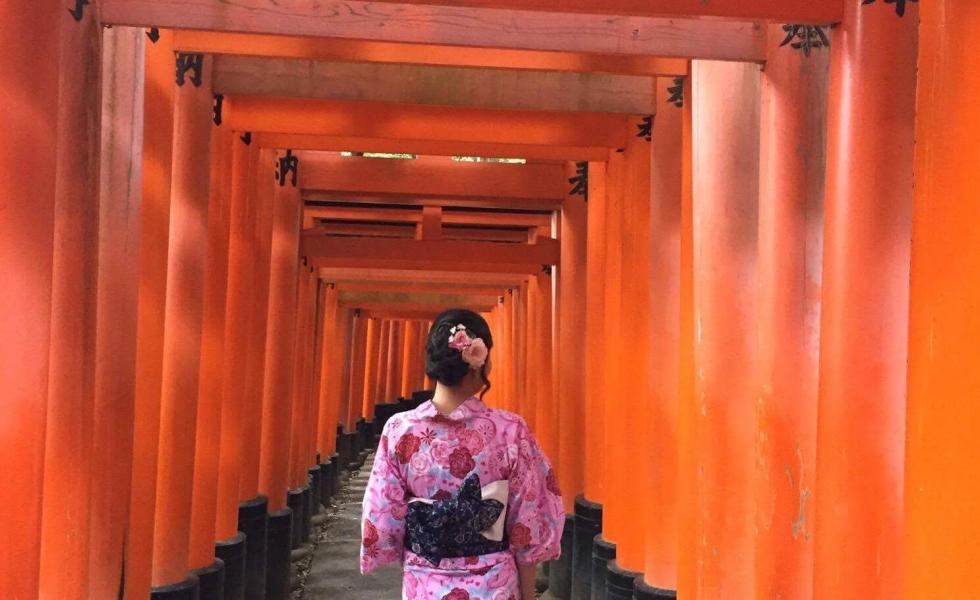 After their first week on the Asia Module, week-two sees participants landing in Tokyo, where they are met with an entirely new set of challenges than those faced in the ever-expanding, hyper-connected business world of Shanghai.

Japan and the Galapagos Syndrom

Japan is an island in the most multifaceted sense of the word. In the 19th Century, Charles Darwin discovered a number of uniquely evolved species on the island of Galapagos, so isolated and dependent on the specific eco-system of the island that they could not have survived elsewhere. According to Professor Yoshinori Fujikawa, a similar phenomenon is happening in Japanese business due to geographical, cultural, and language barriers, as well as relatively small interchange between Japanese and foreign markets. In order to survive, Japanese business has always had to be self-sustainable. And yet, in today’s disruptive innovation climate, Japan faces the opportunity and challenge of expanding its focus to capture value and disrupt markets on a global scale.

Creating Value One Smile at a Time

“Japanese consumers are very demanding and expect to have tons of varieties of the same product. KitKat has over 250 varieties actively selling in the Japanese market.”

Branding Specialist Eylem Samland writes about KitKat as just one example of Japanese business where the Galapagos effect has impacted the rapid evolution of a brand. But variety is not the only way in which Japanese brands are creating value and increasing customer loyalty.

“The old way of value-creation assumes that it is always the provider or the company who creates value. Then, the customer sees it and agrees to pay for it. It is always a one-way ticket, from provider to the receiver. The times when you came up with your own value or with your own idea, and ask the customer to pay for it are over. Now it is the time where value-creation is open for co-creation.”

In Japan, ASICS are offering ladies a chance to practice running with a professional runner on Wednesday and Fridays. And Pepper, Japan’s iconic communications robot, literally learns to optimize its own behavior, and therefore its value-offering. With its crowd-based brain, Pepper’s objective is to increase the number of smiles in its users, learning through every human interaction.

“Nest helps [customers] save electricity dramatically, so it pays back in a short period of time, even if it sounds like a big investment at the beginning. It looks like a standard device-selling business, but it is providing a service thanks to its learning skills as a smart device. Nest look for additional value via their additional customer-loyalty program with electricity companies. Nest gives customers ‘real-time’ access to their provider, helping them to avoid unexpected situations such as sudden demand peaks which would be outside their sphere of control.”

From Eylem Samland’s notes, we learn:

“The Cool Japan Strategy, which is a part of Japan`s overall brand strategy, is an effort that aims to distribute Japan`s attractiveness to the world. More specifically, the expectations for Cool Japan are not limited to economic expansion, contributions, and the expansion of goods and services overseas. A multiplier effect is expected through the growth of Japan-enthusiasts overseas, which will lead to a greater number of overseas visitors to Japan.[i]

They have a great set of actions in place in variable industries like games, manga, anime, and other forms of content, fashion, commercial products, Japanese cuisine, and traditional culture to robots, eco-friendly technologies, and other high-tech industrial products.”

Protecting the MUJI Brand on its Global Journey

“Experiencing MUJI was a sign of how the Japanese culture export is changing.”– Line Grove Hermansen, Director of Communications at UNICEF, Denmark

Outliving the Galapagos-effect, MUJI is a modern example of Japanese branding going global. Participants were impressed by MUJI’s history of using ‘sustainability’ as its story and by the dedication of company-leaders to protect this story, keeping the customer in mind through every step.

Line looks backs on her first encounter with the MUJI brand:

“A decade ago, we had cool Japan, all Hello Kitty, Pokémon, and street fashion. Muji, with its lack of logos, represents post-cool, normcore Japan, which is, of course, a fetishized version of Japanese culture—serene and neat and proper.

Muji managed to build a brand through being customer-centric, basing its business on sustainability, using storytelling in a decade when these words were barely invented. It kept and keeps its prices low by paying close attention to processing and packaging (most of Muji’s paper products are unbleached), and by using undesirable materials, which are cheaper (for instance the ‘wrong shaped’ mushroom). All the time remembering to explain the background for the lower price to its customers.”

Looking at her own business and its evolution from start-up to large corporate brand, Emily Kortlang says:

“There is a need to protect our brand that we might not be able to do from within. I was inspired by the Muji advisory board that oversees its design aesthetic. I would like to recommend this from a cultural perspective for Beats and have a team of people that quarterly review our work, to ensure that it is still connected to culture and has a point of view. I feel this would challenge our thinking and allow us to see our marketing from a perspective that we don’t have the luxury of.”

Aligning with The Self

“The things that I noted down from this day are the things that you would not find in TripAdvisor nor in a Lonely Planet travel guide.”- Eylem Samlad

After the bright lights of Tokyo, participants are invited to a meditation master-class in the Engaku-ji Zen Buddhist Temple, led by Zen Buddhist Monk and Director of Kojirin Zen Training Center, Rev. Ichido Uchida, who encourages each student to find their own form of Zen, even in their hectic, modern life. While learning the art of meditation, participants are asked to reflect on their module learnings and to challenge their once-held preconceptions. Has their view of the business world become less Western-centric? Are they beginning to see the divide between East and West as less contrasting and fixed, and more complex and fluid?

Some of Eylem’s take-homes from the Zen Master, tell us a lot about the value of Zen-thinking when adopting a broader view of the world:

“Thinking about the past and having regrets do not bring you any good. You need to take lessons and move on. Being present is important. The power of now!”

“There is no good or bad in the world. Try not to see things in those categories.”

“Bring Zen into your modern life.”

In Creative Business Leadership, leaders adopt the ability to be alert and engaged on multiple levels. None of this is possible without practicing humility when taking in the depth and scale of other cultures, practices, and beliefs. This leads to a greater appreciation of the complexity of mentoring and working with teams, the passion to build ideas into innovation, and the scope to sense challenges and changes on a business, industry, and societal scale. This also means having a deep understanding of one’s own values and practicing the alignment of those values with company-vision. In every quest to understand the complexity of building creative ideas, today’s disruptive global market, or the differences and commonalities between East and West, this sense of knowing oneself is what guides the Creative Business Leader and what keeps them on their own unique course.

A Journey of Contradictions: Shanghai to Tokyo - Part 1
Life and Leadership Insights from a Zen Buddhist Monk
The Other Cross-Cultural Leadership by David Slocum
All articles »