A Journey of Contradictions: Shanghai to Tokyo - Part 1 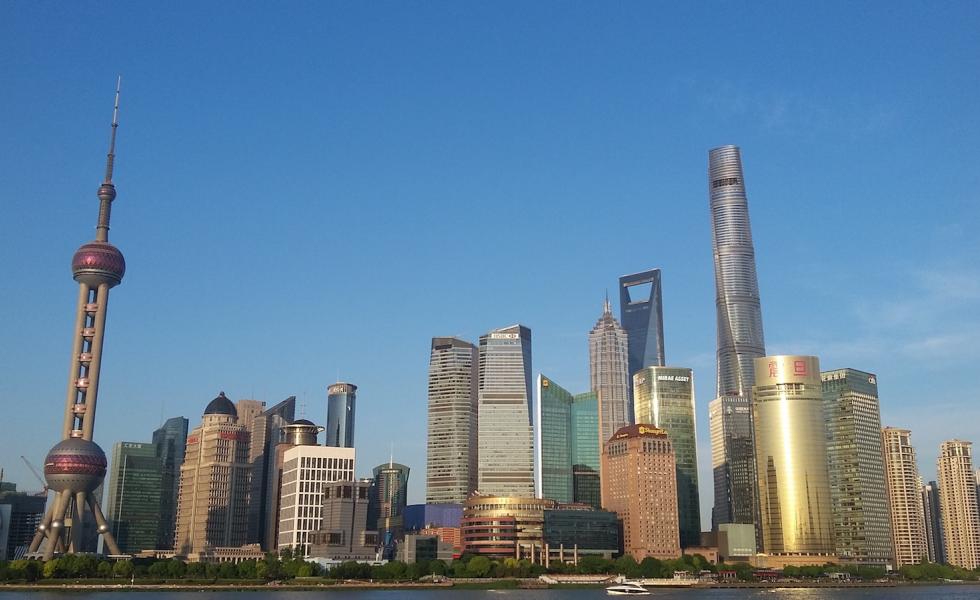 “If you are quiet enough, you will hear the flow of the universe. You will feel its rhythm. Go with this flow. Happiness lies ahead.” – Buddha

Environment has a powerful effect on our behavior and attitudes, as well as our ability to think outside of our own comfort zones. And while it may be challenging, practicing humility, taking in new perspectives, allowing our norms to be disrupted, and accepting the conflict and complexity that this reveals is also the route to adopting a global perspective as a creative leader. The Berlin School Asia Module, taking place across Shanghai and Tokyo, is often reported to be one of the most disruptive and fruitful experiences of the EMBA program. With many participants coming from a Western background, there’s a huge amount to learn and unlearn when diving into the business world of the East, and its own array of challenges, surprises, and contradictions. Between masterclasses and site visits, participants document their journey and learnings, and reflect on how these influence the alignment of their own values as leaders. Below are just a few excerpts of what they take home.

“Try to not use your former experiences when you work on understanding China and Japan. Be willing to take yourself out of your own experience and cultural context.” – Berlin School Faculty Director, Professor David Slocum

Shanghai is an economic and cultural hub of just under 25 million people, and plays a key role in China’s vast technological and industrial expansion. In the first days of the Asia experience, one of the most significant challenges to participants is grasping the apparent contradictions that are crucial to understanding Chinese philosophy and business culture.

“Daoism is similar to those leaders who follow laissez-faire leadership and generally avoid making critical decisions or changes. One of the most famous sayings on leadership from Dao De Jing is, ‘Governing a large state is like cooking a [pot of] small fish’, which means ,’no stirring’. [i]

In contrast to Daoism, Confucianism promotes active leadership and emphasizes that effective leaders should educate, discipline, develop, and improve the welfare of their subordinates. ‘Guide them with virtue, regulate them with ritual, and they will have a sense of shame and become upright.’ – Confucius ”

Ed Peto is Founder and Managing Director of Outdustry Ltd bringing some of the biggest names in the music industry to the Chinese market. Originally from the UK, Ed has been leading his team in Beijing for over ten years. He offers his own insight into ‘cracking the code’ of Chinese leadership:

In the West, we generally subscribe to the duality of physics and metaphysics; conditions exist in binary. In one sense, Eastern philosophy represents an antithesis to this, where standards of order are emergent. In short - and in contrast to the West - there is a weak subject/object differentiation, existing in a far more fluid environment. How do you manage two such seemingly radically different cultures [Daoism and Confucianism] in the same company?

In practice, when working with a Chinese team, you of course need to consider the paradoxical presence of these two binaries. An ungenerous (and obviously grossly over-general) interpretation would suggest that the contemporary Chinese workforce adopts whichever elements make their life easiest in the workplace. It can be incredibly frustrating, and my failure to “crack the code” held my business back for many years. My current team, however, suggests I have at least partially solved the problem.”
Putting this into practice, Ed writes: “When new staff start, I make an effort to undermine/downplay myself in some way. I make them a drink, I clean up items around them, I make a joke at my expense. I want to make it clear that they have complete access to me. At the same time, I also try to give very clear orders, in clear language, that are unmistakably direct commands.”

WeChat: Connecting in a Continuous World

Another area thriving in polarized philosophies is China’s social media industry. On one hand, censorship has turned China’s own plethora of platforms into a social media island. On the other, the country is home to the highest number of social network users in the world.

“WeChat isn't like any other messaging app. For starters, it's not just a messaging platform. Instead, it contains ten million third-party apps. Among all its services, it is perhaps its promise of a cashless economy, a recurring dream of the internet age, that impresses onlookers the most. It is the best example yet of how China is shaping the future of the mobile internet for consumers everywhere.

The Chinese are known to have a large number of social networks, forming complicated and controlling network of friends, family, and colleagues that stems from the belief that one should always be available and connected. There is a limited sense of self and identity and more of a sense of collectiveness and connectedness. This is related to the belief that we are all elements that are connected in a continuous world, which is dynamic, auto-generative, and always changing. This thinking may help explain the proliferation of social media which is all about being connected, and having a strong and ever-growing network.”

To an outsider, Chinese culture and business etiquette seems to be built on contradictions and ambiguity. How do you step back and absorb a consumer culture built on both solitude and hyper-connectedness? In grasping these ideas, a third Chinese philosophy, Taoism, offers some reconciliation, teaching leaders to “transcend the highs and lows of the current moment and thus build their resilience and learn to accept, and not resist, the ambiguities inherent in change.”This ability to remain agile in sensing and reacting to the unpredictable is central to Creative Business Leadership, both in dealing with human emotion and wider shifts in markets, technology, and economy.

Week-2 brings participants to Japan, where they are met with an entirely new set of challenges than those faced in the ever-expanding, hyper-connected business world of Shanghai. Read ‘A Journey of Contradictions: Shanghai to Tokyo - Part 2’.

A Journey of Contradictions: Shanghai to Tokyo - Part 2
Life and Leadership Insights from a Zen Buddhist Monk
The Other Cross-Cultural Leadership by David Slocum
All articles »