The Innovation-Industrial Complex in the Post-Truth Era (Part 2) 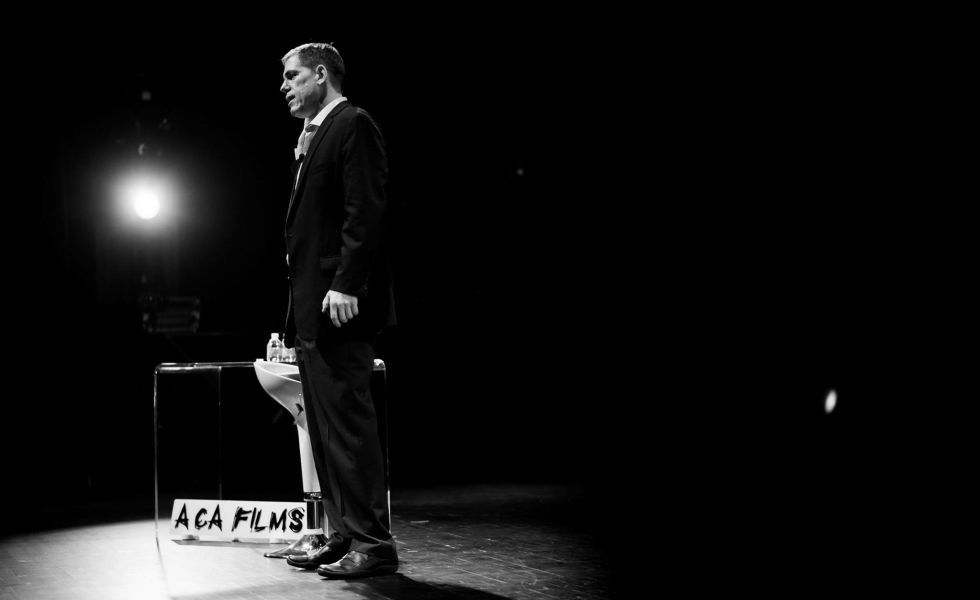 Many of those companies driving small-scale and feature-based innovation contribute to a complex of industry practitioners, public commentators and media, event organizers and curators, educators and consultants.  In the past, critics have called out a self-perpetuating ‘leadership-industrial complex.’  For example, in an illuminating short piece from 2016, the consistently insightful INSEAD leadership professor, Giampiero Petriglieri, addressed what he called the ‘fairy tales’ promulgated by that complex.  The post, ‘What “The Art of the Deal” Reveals about Leadership Fairy Tales,’ speaks directly at times about Donald Trump’s Presidential campaign and the post-truth communications it relied on.  More generally, however, the piece questions the ‘fairy tales’ through which the industrial complex ‘fabricates’ consistent and specific models of leaders and leadership.

Petriglieri is hardly the first skeptic about the leadership industry, of course.  Stanford’s Jeffrey Pfeffer offers a similar critique in his 2015 book, Leadership BS, of the mis-measured conditions, ‘heroic leadership tales,’ and ‘simplistic methods of understanding behavior’ that produce so many leadership failures – and that are perpetuated by an ever-expanding array of leadership training, consulting, and development efforts.  In The End of Leadership, Harvard’s Barbara Kellerman likewise concludes that the industry, only four decades old, is thriving because clients are fascinated by leadership, that is, by power and influence as well as the prospect of being ‘led wisely and well.’  Leadership, she observes, is an enormously appealing subject that ‘taps into our deepest, most primitive human impulses.’

Increasingly, a similar industry complex has emerged around innovation, disruption and creative thinking.  In fact, we might draw a parallel from Kellerman to observe that innovation and creative leadership tap into not one but two other primitive human impulses – the drives to gain assurance amidst uncertain external conditions and to do so by exercising a fundamentally human part of ourselves.  Consider the title of a recent article, ‘Don’t Want a Robot to Steal Your Job? Be Creative,’ which appeared on an outlet ‘for business people in the new global economy’.  The piece exemplifies an ever more familiar and facile answer to anxieties about today’s rapidly changing business and social life.  Such advice offers comfort through the magical thinking and oversimplified notions of creativity that re-assure individuals that they need only to trust more in their own creative instincts and imagination to succeed.  The innovation industry of trainers, educators and other experts offers fairy-tale cases of disruptive thinking and fabricates heroic creative leaders as bulwarks against both the stagnancy of conventional businesses and the complexity of current social, technological and economic conditions.

How, then, to respond?  The conventional calls of Barbara Kellerman, Jeffrey Pfeffer and, for many, simple common sense involves greater skepticism and critique of industry claims.  Yet this approach, writ large, is what communications in the post-truth era so troublingly bypass.  Seeking the deeper meanings or research-based underpinnings of a feel-good buzzword like ‘innovation,’ much less trying to assess the perform-better-and-more-creatively claims of creativity and innovation consultants, is no longer enough.  Adapting the approach to fake news offered by social media researcher Danah Boyd, an alternative is to build a new ‘infrastructure’ that allows more meaningful and substantive engagement around innovation and creativity.  Rather than reflexively asking more or better questions, that is, we need to begin undoing the culture of hype around innovation and creativity such that people can, as Boyd puts it, ‘hear different perspectives and make sense of a very complicated — and in many ways, overwhelming — information landscape.’

That shouldn’t be read as either an abstract call for a national conversation or an unrealistic proposal for a centralized platform for innovation vetting.  Bursting the ‘filter bubble’ of creativity means more than engaging in open conversation and crafting a homogenized approach.  We might look at three initial ways to begin.  The first is to re-establish the value of expertise following what Tom Nichols calls the ‘manic reinterpretation of democracy’ that entitles anyone to claim their opinions have value.  In the creative realm, this entitlement is often claimed on the basis of passion or commitment to creativity alone or from the assumption that individual experience equals expertise.

Since anecdotes are likewise not evidence, a second approach is to develop better and more systematic means to communicate innovation and creativity research and actual cases.  The discussions held recently by the National Academies of Sciences about communicating science more effectively offer a potential path.  In response to a growing disdain for evidence-based thinking and scientific explanations, the Academy called for new tools for better translating insights into practice or conveying the nature of the scientific method and facts.  The same would benefit those interested in furthering both the understanding and practice of meaningful and measurable innovation.

The third and most promising approach involves building more systematic practices that would parallel those in several other service-based professional industries.  Lawyers, architects, financial planners, and investment advisers have variously developed and adhere to different standards of conduct and reporting, client interaction, and even certification and regulation.  Many of these are greatly imperfect, of course, and none would fit exactly the ever-growing market of creativity and innovation consultants and education.  Yet the general willingness of other industries to develop an infrastructure, commit to more empirical research, and adopt shared standards arguably make their work more reliable.  Practically, these efforts could begin by identifying core skills, knowledge and response strategies of professionals, publicizing performance details, disclosing shortcomings, clarifying areas of expertise, and formulating ethical codes.

Introducing such standards and guidelines to what is now a Wild West of creativity and innovation consulting and education might seem far-fetched.  Or it might be the most imaginative and forward-looking way possible to re-stabilize the communications and trust that are essential for consultants and clients alike to pursue real innovation together.