The Innovation-Industrial Complex in the Post-Truth Era (Part 1) 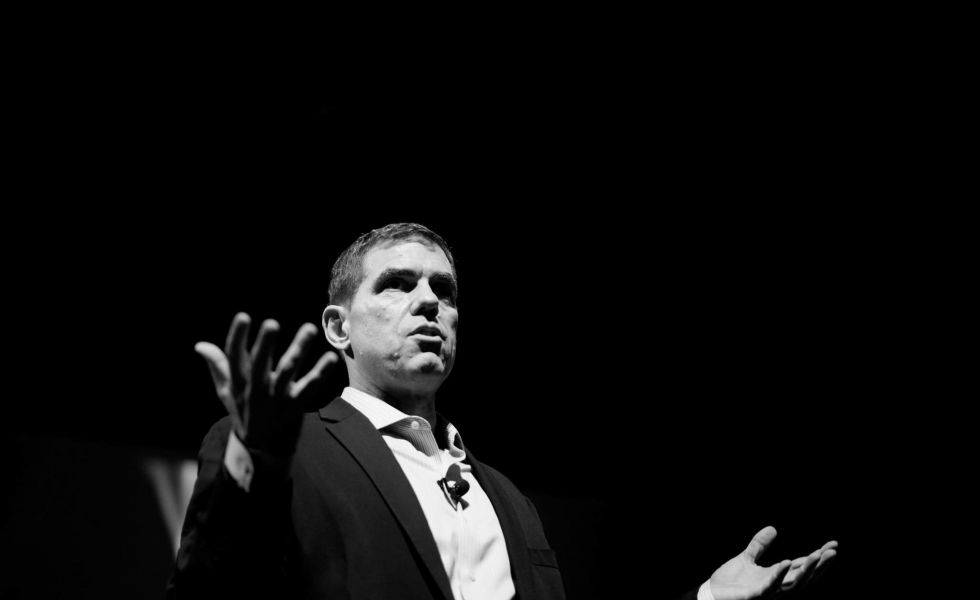 That we are living at a time of decline of a shared view of reality warrants a few words from the perspective of those working so hard every day to become better creative leaders.  Driven by digital media and spotlighted by the Brexit vote and the U.S. Presidential campaign and election (and now, their aftermaths), the very bases of a ‘post-truth era’ demand active engagement by leaders and citizens alike.  The very definitions of ‘post-truth’ or ‘filter bubbles’ or ‘fake news’ are slippery, of course.  Easier to recognize is that the de-stabilization of news has resulted from a diminution of traditional institutional structures that have changed radically with digital technologies and the transformed relationships they enable.  My interest is in the cottage industry of consultants, trainers, and educators that has already grown up around the topics of business innovation and creativity and their leadership.  The emergent world of apparently post-truth communications makes that innovation-industrial complex even more potentially misleading and problematic and deserves our closer scrutiny.

Current discussions of truth and lies, in politics and through social media, invariably raise questions of trust.  ‘Facts aren’t the point, trust is’ is one characteristic assessment of the political and communication priorities in ‘the Age of Trump.’  That new point, we should clarify, entails increasing changes in the public status of both truth and trust.  Some argue that the manipulation (or subversion) of conventional standards of fact or truth is undertaken to cultivate the trust of public groups, and others that the growing tendency toward individual political bias has pushed us into a ‘post-trust’ era.  The claim here is that the nature of that trust and how it is established is itself evolving.

One standard approach to trust that we might usefully reconsider is the ‘trust equation’ formulated by David Maister in the 2002 book, The Trusted Advisor.  The equation specifies four key components in our assessment of others’ trustworthiness: reliability (experience and keeping promises), credibility (competence and ‘technical expertise’), intimacy (emotions and feeling ‘safe’) and self-orientation (the extent to which others’ focus is themselves).  At a glance, it may seem that fake news and post-truth compromise traditional norms of expertise or experience by appearing to offer the emotional re-assurance and safety of intimacy.  Potentially more relevant than the individual components, though, is the exploitation today of the equation’s underlying priority of developing a trusting relationship with others.  Especially problematic is a seeming disregard for the self-orientation of those generating the fake news.  It may be now that we as citizens, businesspeople, and consumers of information are experiencing a more fundamental shift to the priority of our own – versus others’ – trustworthiness.

As David DeSteno makes clear in his valuable study, The Truth About Trust, learning about and trusting ourselves can be more difficult than we imagine but it is an essential aspect of developing trust in the others and the wider world.  Trust in oneself is different from the self-orientation that we judge in others.  That trust in oneself can radically (re-)orient an individual’s engagement with others across Maister’s four dimensions.  Many creatively-minded people are especially prone to this orientation, heeding the call (and paraphrasing writer Rita Mae Brown) that, ‘Creativity comes from trust – trusting in your own instincts.’  While such self-trust is related to what others describe as creative confidence, it also speaks to the individual’s ability to feel or engage or establish trust in a contemporary landscape altered by digital technologies, social networks, and shifting group dynamics.  In other words, at a time when the calculus of determining the trustworthiness of others, not to mention institutions and systems, has grown more complicated, trust in one’s own sense of truth is a more and more reasonable and vital starting point.

Ultimately, trust relies on a greater degree of faith than certainty.  Viewed that way, the belief in creativity can assume a quasi-religious character.  Two decades ago, sociologist Robert Wuthnow wrote about how ‘spirituality’ in the United States had become ‘a vastly complex quest in which each person seeks his or her own way,’ with growing numbers ‘[piecing] together their faith like a patchwork quilt.’  My contention is that twenty-first century faith in creativity has taken on a similar patchwork quality, weaving together more traditional beliefs in artistry, exceptional talent, and imaginative thinking and expression with more recent admiration for the breakthrough abilities of technological innovators and of business entrepreneurs.  Both sets of beliefs turn on the individual’s trust in and exercise of one’s own creative thinking, imagining and expression (even if, as is often popularly described, such exercise occurs in collaborative settings).

Holding together this patchwork today is an axiomatic belief in the power of creativity and innovation to solve all manner of problems – those of customers, businesses, societies.  This raises at least two issues.  The first is the nearly magical character of creativity that is increasingly employed as the potent if vaguely-defined driver of change and transformation.  The second is the functional understanding of creativity as means to the end of problem solving in businesses and beyond.  Solving problems can obviously be good and important.  Increasingly, however, other attributes of creativity – from self-expression and source of personal growth and fulfillment to disruption for its own sake and social critique or political provocation – are being left behind in the quest to harness creative efforts as the means to bottom-line personal or organizational returns.

One notable example of the blurring of creativity and problem-solving is the persistent celebration of new features, products and services as solutions.  The entrepreneurship theater in which such celebration occurs only rarely pauses to ask which solutions to these problems are in fact worth the investment of time or other resources (or are whether these are indeed problems).  During a recent visit to one of the world’s largest tech companies in San Francisco, my host bitingly confided that, too often, the ‘problems’ his industry took on were those of young men wanting to devise technological ways to take care of tasks their parents used to do for them.  A joke, yes, but one that shines a light on what our innovation efforts are actually achieving.  The outstanding recent book by economist Frederic Erixon and entrepreneur Björn Weigel, The Innovation Illusion, offers a more sustained response to this same question about the wider social value and impact of much of today’s creative commerce.  We might ask: Is the trust we increasingly place in our instincts and our faith in creativity as unexamined goods obscuring the superficiality of much of our innovation and creative problem-solving?