The Impact of Physical Space: Human Thought and Interactivity 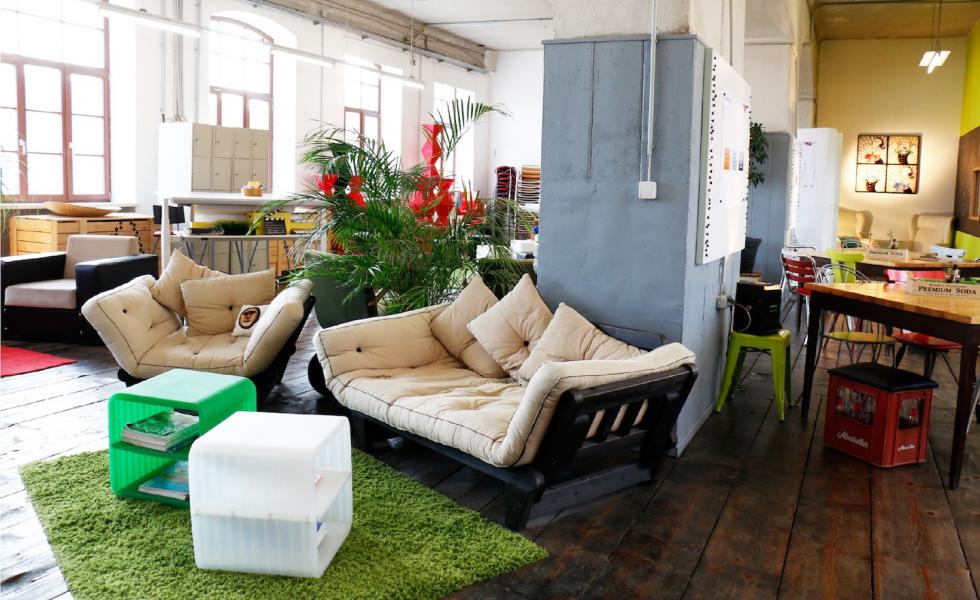 Julian Jost has been where we’ve all been at some point: Sitting in a stale meeting room, talking in circles and slowly wading towards a solution while sparks of true inspiration seem frustratingly out of reach. Part of great leadership practise is to facilitate the development of great ideas, along with the energy and framework needed to turn them into great strategies. Crucially, creative leaders need to understand the impact of disruption to the creative process. It was this realisation that inspired Julian Jost, CEO of Spacebase, to change the way that people meet, generate ideas, and do business face-to-face. We spoke to Julian about the impact of physical space on relationships and productivity, and the relevance of physical spaces in an ever-more digitized future. Find out how his organization took advantage of the rise of ‘the sharing economy’ to connect companies with amazing venues, worldwide.

Tell us the Spacebase origin story.

After my studies, I began working in a large consultancy. Like it is the case in many jobs, part of my daily routine was, to participate in countless meetings. And I hated attending them. There were so many and they hardly ever brought ideas forward. It got to the point where the idea of walking into the grey, uninspiring meeting rooms frustrated and annoyed me already before the meeting. That’s a shame because meetings have potential to be so much more and its participants should get excited about them! There are many levels that need to be worked on to get there, I chose to work on the one that bothered me the most: the venue. Together with my friend Jan and our investor Stefan, we founded Spacebase in 2015. The mission of Spacebase is to change the way we meet. We do so by taking advantage of the sharing economy and connecting venue providers with companies looking for extraordinary locations on our online booking platform.

How has digitization affected the way we meet, and how do you incorporate this into physical space?

So far, digitization has for the most part only affected the way we meet in private. All of us have gotten used to taking advantage of new technologies like video chat, real-time location sharing or online event planning. However, in the work environment, only a few of these inventions have been integrated. Even skyping with colleagues still feels like a novelty in many companies. Many start-ups are currently working on changing that and, for example, developing solutions that make setting up appointments easier. At Spacebase, we want to use the opportunities the digital revolution has brought along not to replace face-to-face interaction, but to simplify the way we get together and share ideas. Most corporate people are well-aware of the apps and websites they can use. But a trend we witness, fostered by new approaches such as Design Thinking, actually goes in the opposite direction: people increasingly engage in physical work again. Our meeting rooms often offer toys, Lego or playdough to help people ideate and prototype.

How does space affect our levels of productivity, creativity, and leadership?

Space, as studies have shown, can be an important stimulus of creativity. We get inspired by our environment. Our brain develops ideas and implements thoughts that it gets exposed to by our surroundings, even if we don’t actively “think” about them. The human brain (as we all know too well) hates to work more than it has to. So, when we don’t challenge it, it won’t just automatically decide to come up with radical thoughts. Of course, not every meeting has the goal of coming up with truly novel ideas. And I am not saying that it’s always wrong to talk about issues at your own desk. But if, and that’s something more and more decision makers are looking for, you want to develop diverse and unexpected concepts and suggestions, changing your habits is one of the most important steps to take because the environment decides the direction your thoughts have.

Productivity and creativity have a difficult relationship because the pressure to get things done reduces the freedom we perceive to think outside the box. But when you stop defining productivity as “How many items can I take off the checklist” and look at it in a long-term achievement measurement, you will find that in certain moments, taking a step back to be more creative will help achieve overall productivity goals. As a leader, asking for creative inputs and providing the space, both the physical and mental one, to develop and research ideas also sends an important message: that each employee's thoughts are valued and that all of them are believed to want to impact managerial decisions. Organizing a meeting off-site adds emphasis to this message because it proves that serious effort was put into organizing a forum for them to think outside their job descriptions.

An interesting side-effect of meeting colleagues in a new environment is that it impacts group dynamics and interpersonal relationship, too. Especially people that tend to be more quiet, often become more lively. This can be a time for leaders to step back a little and hand over control to other meeting participants. One more thought I want to share at this point is that changing the venue is also a welcome possibility to break up hierarchies. Asking partakers to take off their shoes, hold the meeting standing-up or have them form a chair circle opens the floor and allows people to speak their mind.

Spacebase is now operating in over 10 countries. What insight have you gained as a business from working across diverse cultures and architectural spectrums?

So far, most of our clients are based in Europe. And to be honest, the differences between city preferences are almost bigger than between countries. For example, in Berlin, more wild and edgy spaces are in demand while in Paris, people love classic chic. A trend that we have noticed is that people increasingly move away from wanting to be in a traditional conference room. The more different our locations are from what customers are used to, the more interesting they become. In terms of architecture, there are two directions: Some venues opt for bright, bold and minimalistic aesthetics and a lofty atmosphere. The other group tries to integrate unexpected changes and willingly breaks with the image we have gotten used to by mixing forms, styles and colours, almost turning a meeting room into a playground for adults. The type of meeting often impacts the choice our clients make but it’s definitely interesting to see how differently interior designers make use of the physical space to allow for certain formats.

How relevant will physical spaces be to the way we do business in the future?

Physical office space, the way we know it, is becoming and will become less and less important for most companies. And before long, it won’t be necessary to physically arrive in the office anymore if your tasks can all be done on a phone or laptop. But the truth is: Even with all the remote work options already in place, most people still choose to come to the office. In my opinion, reasons for this are the sense of belonging to a community that is created when you sit in close vicinity to like-minded people working on similar tasks and that for most people, a spatial separation from private life and work life helps them sort their thoughts and focus on each of them at the place it belongs to.

Prominent examples like Amazon opening physical stores to sell goods, show that even digital companies that were founded in the internet age understand that brick-and-mortar isn’t going to fade away. I do however believe that shops, hangout areas and restaurants will continuously merge. Spaces will serve different purposes and will become more versatile, depending on what they are needed for in that moment.

When it comes to meetings, new technologies will surely have a strong influence. Video conferencing is an important part in our modern work culture and new technologies will unlock even more of the potential of remote conferencing. Soon, creating 3D models as holograms will become a commodity to showcase your ideas. The quality of video chats will make it unnecessary to meet up for the sake of being able to understand each other and life-time translations will enable fascinating new opportunities to talk internationally. Nevertheless, it is one of my core believes that physical office space will survive and that meetings will still be held in meeting rooms, even though they will look less and less like the rooms we have today. The internet can automate many processes but I believe that human face-to-face interaction is impossible to replace completely, especially when it comes to tasks that require creative thinking. And those are worked on most productively when teams meet in one physical space.

A Space to Create: Five Innovative Office Spaces, Changing the Way We Create
Meet the Alumni: Ilka Vogtmann
Political Incorrectness is Not a Standard for Creativity
All articles »