'The Fuzzy and the Techie' Humanizing our Technology with Scott Hartley 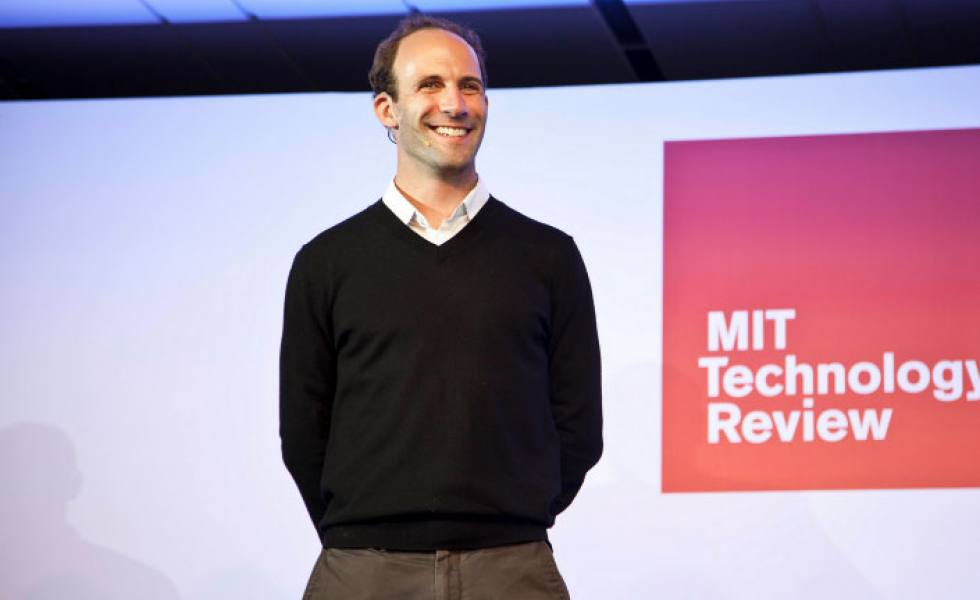 Venture capitalist and author Scott Hartley first heard the terms ‘fuzzy’ and ‘techie’ as a student of political science at Stanford University. Put simply, if you studied social sciences, you were labelled a ‘fuzzy’, and if you were a student of computer sciences, you were assumed to be a ‘techie’. In his book, ‘The Fuzzy and the Techie’, Hartley uncovers that despite dependence on ever-advancing technology, it is, in many cases, those with a background in arts and social sciences, as opposed to technology, who are playing key roles in developing the most creative and successful new business ideas. This week, Hartley spoke to our EMBA class about the vital role of the Liberal Arts in humanizing our technology. We caught up with him about our responsibility to break the divide between these schools of thought, and about an emerging generation of entrepreneurs who are both ‘fuzzy-and-techie’, and who are crucial to building our future economy.

Tell us about the significance of humanizing our technology.

In the 1990s, technology was its own vertical, its own category. Today technology is part of every company, every industry. Venture capitalist Marc Andreessen talks about how “software is eating the world”, as in everything is becoming a tech company. This is largely true. The secondary consequence of this is that technology is touching every part of our lives. As every human concern is passed through an interface –an app, a website, a technology– we have to remember that these tools are built by fallible people, and built to optimize outcomes. These outcomes are what are best for the engineer, or the product, or the company. Not necessarily what’s best for society. Humanizing technology means that we take a step back and consider that these tools are not objective, and they’re not infallible. We need to interrogate them with rigor and diversity of thought and ask ourselves, are these tools optimizing for the best human outcomes?

How have the roles of ‘fuzzy’ and ‘techie’ been placed (or rather misplaced) at the centre of business innovation in the past?

The terms “fuzzy” and “techie” come from Stanford University. They are light-hearted classifications, but speak to a false opposition. None of us are truly one or the other. Mechanical engineers might be “techie,” but the process of building a product requires user-experience research or customer interviews. Known by another name, that’s called anthropology. Similarly, social sciences might be labelled as “fuzzy,” but anyone who’s thought about international security or deterrence theory can recall exercises in game theory and statistical modelling. Today, popular media would have you believe that Science, Technology, Engineering, and Math (STEM) degrees are a fast-track ticket to relevance in our economy. But this overlooks the demands on every successful entrepreneur, business leader, or CEO – namely they have to deal with people. They have to see the big picture, complex problem-solve, collaborate, and communicate. In short, their most important skill is something that we call “soft.” So, while we absolutely need more people thinking about data and code, it is necessary but woefully insufficient on its own. I’ve seen others propose acronyms such as “HEAT” for Humanities, Engineering, Arts and Technology, which I like because they engage our need for philosophy and engineering. Today, we are obsessed with what we build and how we build, but not why we are even building.

Was there a specific scenario in which you witnessed the failure of technology to be relevant to human problems that triggered your concern for the future of tech?

As a venture capitalist, I didn’t see one example, I saw around 3,000 examples. I’ve been to hundreds of start-up events and meet-ups around the world, and what I saw over and over were people chasing the dreams of becoming Mark Zuckerberg without grounding in a real problem. Only one in ten companies was being started by someone who had viscerally experienced a pain point, started with the problem, and then sought to develop a solution for that problem. The biggest companies, the most interesting companies to investors, and those that can ultimately weather the challenges, the ups and downs of entrepreneurship, are those that address fundamental, human problems. Everything else is a blip on the radar. I began to notice that many of the entrepreneurs I was inspired by were not always technologists-first. They were people who understood a problem, dug in, and then decided they had to go solve it. They had no other option, so they’d learned the basic tech, and gone out and hired a team around them. One example of this in the book is the story of Shivani Siroya. She saw a problem of access to credit in emerging markets. While still a banker, she conducted literally thousands of interviews. When she couldn’t ignore it any longer, she quit her job and decided to found her company, Tala.

What advice do you have for creative leaders to implement a balance between big data and big ideas in their organizations?

Remember that there is nothing magic about this new term, “big data.” We have long debated whether more and more data or information would lead to knowledge, and to wisdom. But the truth is, the only way you extract knowledge and wisdom from information is by asking questions. So, as we develop teams, we need people to be literate, and even fluent, in data science, but we also need diversity of thought and openness to an “outside” view, to use Daniel Kahneman’s term. We need these smart questioners or deep-thinking humans as much as we need data. Google’s people analytics team analysed high-performing teams and found that “psychological safety” was important in helping people provide creative, or outside viewpoints. So, this goes back to the soft skills. In order to be most creative we have to create an environment that fosters trust, openness, diversity, and an ability to be collaborative before being judgmental or analytical. There is a time and a place for both creativity and analysis, so work on fostering both.

What do you see as the next positive steps we can make in how we teach technology, to ensure a greater appreciation of real human communication, concerns, and values?

I think that we need to treat education as a passport rather than a plane ticket, something I was once told by Stanford Vice Provost, Lewis Newman. What this means is that we all need to collect stamps in our passport from places we haven’t been, or perhaps we’re uncomfortable seeing. If you’re a creative, you owe it to yourself to dive into code, and learn statistics. And if you’re an engineer, don’t discount the absolute necessity of aesthetics and design. But even more than that, I think, don’t discount the need to engage deeply with the people and society your technology seeks to touch. Tracy Chou, an engineer at Quora and Pinterest, lamented her lack of humanities training when she realized that product design required thinking about freedom of speech, censorship, and privacy. I think blending these ideas as we learn and engage with technology will help us see that there are not two paradigms of “fuzzy” and “techie,” but rather we have to break down this false dichotomy of “two cultures” as CP Snow argued in the 1950s. To get to a place where technology respects society, we have to start with the realization that technology is built by humans, and only to the extent that we can give people a breadth of exposure to diversity, new ideas, philosophies, methodologies, will our technology ever change.