Athletic Leadership Off The Tracks: 5 Questions with Stanislav Shekshnia 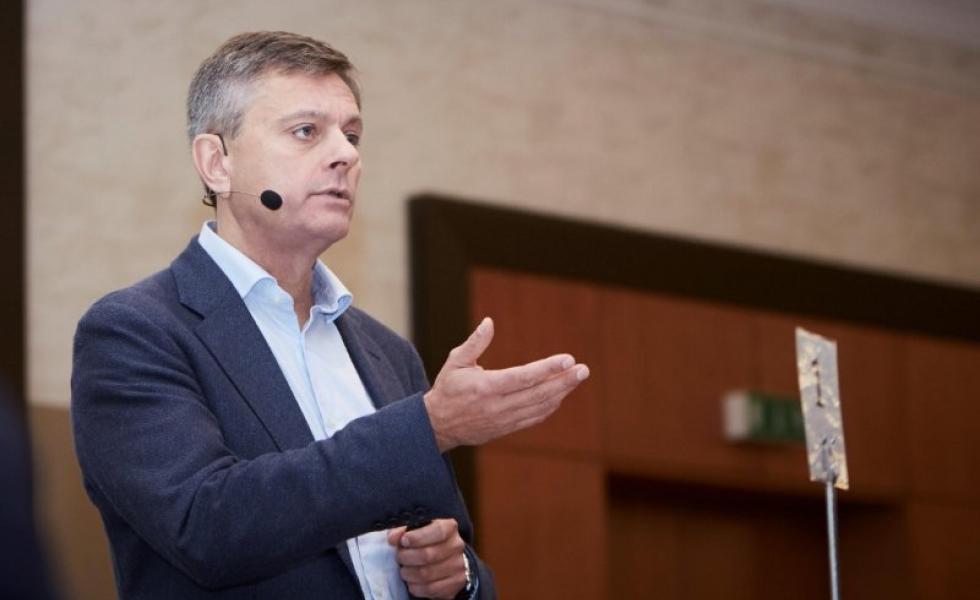 Stanislav Shekshnia is a professor at INSEAD and senior partner at Ward Howell International. His research concentrates on leadership and governance in emerging markets and organizations. Veronika Zagieva is a director at Ward Howell Talent Equity Institute, and Alexey Ulanovsky is an associate professor at National Research University – Higher School of Economics, Moscow, Russia.

Their new book, Athletic CEOs: Leadership in Turbulent Times, is a valuable primer for leaders facing the challenges of transformation in uncertain and dynamic contexts. We spoke to Shekshnia about the qualities of Athletic Leadership and how they fit into modern businesses, especially in times of crisis.

The title of your new book, and the model of ‘Athletic Leadership’ it delineates, arise from the strong parallels you’ve found between the attitudes and behaviors – ‘far-reaching, competitive, determined and at times merciless’ – of top sportspeople and of the leaders you profile. Can you tell us about those parallels and how they may help other leaders to become better in their own contexts?

Athletic is a metaphor which we used to emphasize a very important characteristic of the effective CEOs we have studied – mental toughness. Just like top athletes these leaders are super-ambitious, passionate, focused, cool-headed and merciless to the competitors, followers and themselves. This evokes images familiar to all of us – Usain  Bolt, Wayne Gretzky, Maria Sharapova and Serena Williams – and helps to get the message across. I believe in power of metaphors – in our busy lives they allow to remember the essence and put it to a practical use.

At the same time, business leadership is more complex than sports. Athletic CEOs combine toughness with mental adaptability. They are proactively curious, they constantly reinvigorate knowledge and they change their mental models. This almost improbable combination makes them effective.

Every leader can and should look at other areas of human activity, especially at those which take place in somewhat similar contexts to learn. We all become complacent in what we do – often fresh ideas come from outside.

‘What Athletic Leaders Are Not’, a section early in the book, underscores how Athletic CEOs are enormously effective in specific contexts despite not subscribing to many of the positive, strength-based, nurturing, and emotionally intelligent leadership approaches that have come to dominate much mainstream business and management thinking and writing. To this reader, that heterodoxy is a vitally important provocation for leaders and researchers alike. How would you like see your research and model positioned in the wider understanding and practice of leadership?

Leadership is a highly contextual activity. Thus athletic leadership is by no means a universal model of effective leadership. It describes the latter in the specific context, defined by rapid obsolescence, high turbulence, heavy government involvement, high-power distance leadership tradition, and a relatively low starting base. We have to be careful not to draw from this model any general lessons that would apply anywhere.

Drawing on your research, what general advice can you offer to leaders working to drive business creativity and innovation?

I often say there should be no general advice…

However, a first piece of advice is to pay close and constant attention to the context in which you operate and adjust your behavior accordingly. Most likely this context is evolving towards more turbulence and increased knowledge obsolescence which, to me, calls for innovation at a higher speed. If this happens with a company where employees are used to a strong vertical leadership and do not have the top skills in the world – some version of athletic leadership should work.

If the followers are highly professional, mature and used to working autonomously, a different leadership approach is required. Such employees don’t need to be directed, just helped to perform at their best. Like professional athletes, if we continue with sport parallels, they do not need their goals and the ways they achieve them to be developed by a more senior person. They simply need assistance in mastering their own practices and achieving goals through the creation of a productive environment and emotional support. The role of a leader is to enable other employees to perform. The enabling leader encourages collaboration and removes organizational barriers, creates productive autonomy for employees, gives them a strong voice in the organization, supports them yet challenges their specific ideas, and helps them to develop by personally coaching them and providing access to other learning resources.

In both cases, leaders have to keep learning themselves, which makes the practice of pragmatic exploration so essential.

The four major examples of Athletic CEOs you profile, including Vitaly Saveliev at Aeroflot and Herman Gref at Sberbank, are Russian leaders of Russian companies. But in the penultimate chapter you discuss three Athletic Leaders from elsewhere (Brazil’s Roger Agnelli, China’s Dong Mingzhu, and the USA’s Jeff Bezos). Can you say more about the relationship between your model of leadership and the ‘turbulent contexts’ – economic, political, cultural – at the center of your analysis? And put more simply, can Athletic Leaders emerge anywhere?

Well, Athletic Leadership is a model, a construct, an ideal type which does not exist in real life. There are leaders who are very close to this model and there are ones who use some of its practices without having a personality of an Athletic Leader. Athletic Leadership works well in turbulent environments because its deals effectively with two major challenges: high level of uncertainty and change in the industry and unpreparedness of the followers to deal with it on their own.

But you find mentally tough and adaptable leaders in various contexts, not necessarily at emerging markets or industries. Every year, Harvard Business Review publishes a list of best performing CEOs. In 2017, you find there Sir Martin Sorrell, the long-time CEO of WPP, who is well-known for a combination of persistence and speed, a refusal to be deterred by any external challenges, and a belief that nothing is impossible (‘mental toughness’). He thoroughly follows on what the competition does and updates his mental models to change the course of the company (‘pragmatic exploration’ and ‘navigating towards a moving target’). Sorrell tirelessly promotes his company and himself and jumps at opportunities to speak publicly (‘hogging the limelight’). This leadership has been very effective in building WPP in a global media powerhouse, yet as some critics say, the company has become very ‘Sorrell-centered’. ‘How it will perform when the 73-years old steps down, if he ever steps down?’ is a big question.

Another leader with a strong athletic element from that list is Francisco D'Souza, CEO of Cognizant (USA), global provider of IT services, who says that his three best features are ‘being hands-on’, ‘hearing directly from customers and employees’ and ‘determination’. He confesses that his worst business mistake was ‘not being aggressive enough in the downturn.' *

In your conclusion, you write that two of the meta-practices you explore – ‘pragmatic exploration and navigating towards a moving target’ – are very relevant to most of today’s business leaders. How might readers apply this insight to the development of their own leadership practices?

‘Pragmatic exploration’ is about learning, it allows leaders to stay in the game and ahead of the game. In the context of rapid knowledge obsolescence, it is essential for the company’s success and survival and for the leader’s authority in the organization. In the knowledge economy, leaders who do not learn will lose power and the ability to steer the company.

‘Navigating’ helps leaders to provide direction and energize followers at every moment of time. It’s a tricky one, because it requires a leader to do two things at the same time: 1) convincingly communicate the current vision and goals and 2) question and update them. As Diego Bolzonello, CEO of Geox (Italy) told us, “Direction is made by a long-term vision…and you modify it continuously, because in this environment you need to understand what is happening all around the world. That’s really the main role of the CEO.”

In our book we have described some specific practices of athletic CEOs that help them ‘to explore’ – going out, going down and going deep; experiment; data-driven decisions and enlightenment and self-perfection, and ‘to navigate’ – evolving, yet crystal clear vision; making clothes with room for growth; ‘both ends’ leadership and reinventing the magic solution. They may or may not work for other leaders, but in today’s business world every leader has to find her own ways of continuously acquiring practical knowledge and updating organizational vision and goals.