The 7 Tyrannies that Creative Leaders Must Overcome 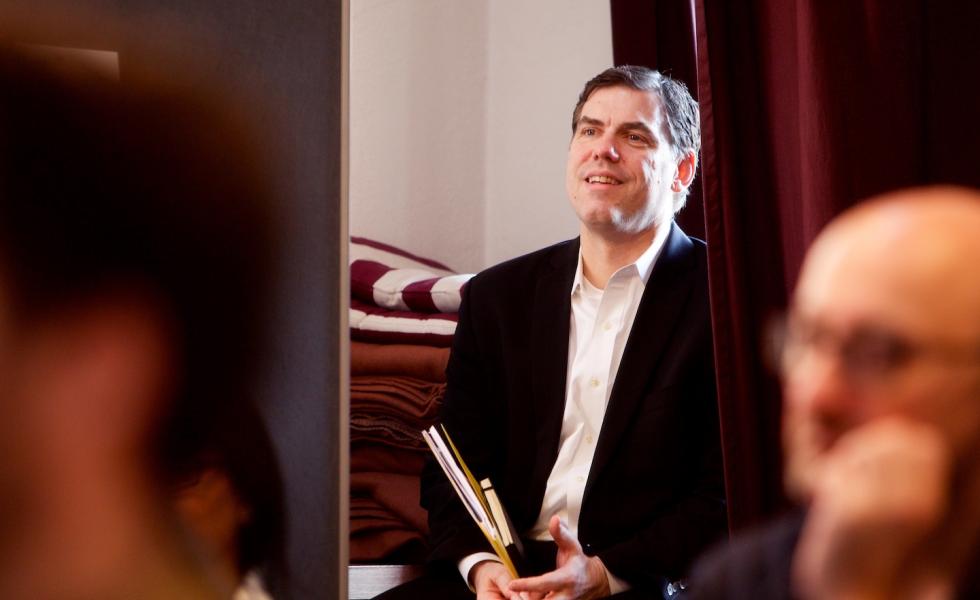 Changing the shared ways of thinking and acting that give shape, direction, and momentum to organizations is one of the great challenges faced by leaders. We typically use the word ‘culture’ to describe this cluster of values, beliefs and behaviors. For leaders seeking to animate greater creativity and innovation in businesses, a particular difficulty is overcoming normative thoughts and actions that prioritize efficiency and control or, more insidiously, formulaic approaches to innovation. The goal of enabling a ‘creative culture’ ordinarily involves surmounting the mental models and collective practices that have a chilling effect on the generation of creative business solutions. These are the tyrannies of thought, expectation and action that exercise often arbitrary and oppressive authority over leaders and businesses.

Creative and innovative leadership can be defined in opposition to the more structured, mechanical, and operational management associated with nineteenth- and twentieth-century manufacturing economies. In particular, the fostering of knowledge and creative work can be contrasted with the pursuit of order, efficiency and scale. Across industries, the imperative for innovation has only grown in importance. Yet the purely oppositional view of overthrowing bureaucratic thinking is beginning to give way to a more nuanced approach of overcoming its constraints and impediments. Like Linda A. Hill and her colleagues in Collective Genius, more and more thinkers and practitioners are recognizing the necessary if paradoxical co-existence of improvisation and structure in effective leadership.

Tyranny of the Average

One of my predecessors at the Berlin School of Creative Leadership, Pierre Casse, introduced this concept to describe the tendency of people to gravitate toward average performance. (It is not to be confused with the ‘tyranny of averages,’ which refers to how a statistical mean does not help us to understand probabilities or distribution.) To strive for and achieve outstanding performance in ideas, outputs, and performance requires avoiding the risk of complacency – what Casse further refers to as the threat of the ‘good enough.’ A key approach to overcoming this oppressive tendency is better mindfulness of situations and possibilities.

For creative leaders, more consistent awareness of the tendency in themselves and others can contribute to the development and delivery of alternative or disruptive solutions to business challenges.

Tyranny of the Creative Halo

Since Edward Thorndike first coined the term nearly a century ago, psychologists have recognized the ‘halo effect’ as a form of cognitive bias in which specific traits or qualities of an individual influence the perception or evaluation of other characteristics of that same person. Impressions of leaders are particularly susceptible to this form of confirmation bias, in which past successes or performance support the assumption of current or future capability. The religious connotation of ‘halo,’ moreover, has a special resonance for creative workers, who are often perceived as chosen people possessing special abilities of imagination or discernment. Creative organizations and industries accord enormous prestige and long-term authority to individuals based on specific creative achievements – thereby reinforcing the perception that discrete successes suggest more general capabilities. The challenge for creative leaders is to develop and follow their own beliefs and standards rather than to accept unquestioningly the dictates of convention often arbitrarily rooted in the past.

Beyond paying obeisance to individuals’ authority over creative work and decision-making based in their past performance, creative leaders today must confront the legacy of institutional and industry structures. In publishing, journalism, advertising, and other industries, a great difficulty is overcoming the sentimental embrace of longstanding organizational designs and business models. Digital technologies have been particularly disruptive to these models and require different mindsets and models of production, customer and client relationships, and financial viability. As social media analyst Clay Shirky put it, reflecting on the training of young journalists amidst the decline of print, ‘the most important fight is between realists and nostalgists.’ Change and transformation are always difficult, of course, but sober analysis of and ongoing adaptability to actually existing conditions are crucial to leaders today.

Tyranny of the New

Novelty is ordinarily viewed, with utility, as one of the defining aspects of creativity. The imperative to think and act differently is an increasingly consistent priority for those seeking to develop distinctive offerings and gain advantage in the marketplace. Yet as Apple designer Jonathan Ive has observed, ‘Different' and “new” is relatively easy. Doing something that's genuinely better is very hard.’ Better, not just different, presumably means something that speaks to people and improves their lives. In other words, besides merely contrasting new models, approaches or products with old or existing ones, a further standard to evaluate novelty is in terms of its basis in human nature. Forging original ideas and work from what advertising legend Bill Bernbach saw as deeper and unchanging human truths can afford creative leaders the opportunity to produce more than superficially distinctive work.

Tyranny of the Now

While fixating on the new often disregards the past, an obsessive focus on the present can obscure or even preclude clear thinking and action oriented toward the future. Digital technologies, with their sheer and continuous volume of feedback, pose a mounting threat. In Present Shock, cultural commentator Douglas Rushkoff writes with concern of this condition that ‘without a guiding narrative to make sense and create purpose, we end up relying too much on whatever happens to be happening in the moment.’ For creative businesses, the more precise risk is an unproductive reliance upon reflexive narratives or static values of creativity or authenticity. The challenge for leaders is consequently to overcome this retreat to familiarity and stability and to be willing to act on creative values and vision of the future rather than reacting to the current rush of continuous feedback. A great example of such forward-looking leadership is Bob Greenberg at R/GA, which not only re-casts its creative offers and solutions for clients but re-invents its own structure and business model every nine years.

If bureaucracy is the organizational form against which creative workers characteristically strive to define themselves, its guiding ethos is control over the freedom of their creative thinking and actions. The creative impulse to resist control derives from a complex lineage of ideas that speaks to the need for artists to have absolute freedom. Its most familiar demonstration today is probably the frequent debate in Hollywood over ‘creative control’ of film productions. However, as political philosopher Isaiah Berlin argued, exercising freedom from limitations is less defining than pursuing freedom to realize one’s purpose and potential. The preoccupation of many self-styled creative people with liberation from the obstacles of the organization or the barriers of the marketplace can in this way actually detract from their own creative self-determination. This insight aligns with recent research on business collaboration, like that of Morton Hansen, who shows how greater individual autonomy and growth occur within, not against, collective activities.

The imperative to overcome these tyrannies could itself be seen as a call to be freed from them, but that would be a mistake. Creative leadership today is about continually sensing and adapting to situations, re-framing business problems and challenges, and developing and delivering alternative solutions. That includes recognizing and engaging orthodoxies of thought and action, not in order to reject them automatically but to help individual leaders to forge a better future more effectively and creatively.